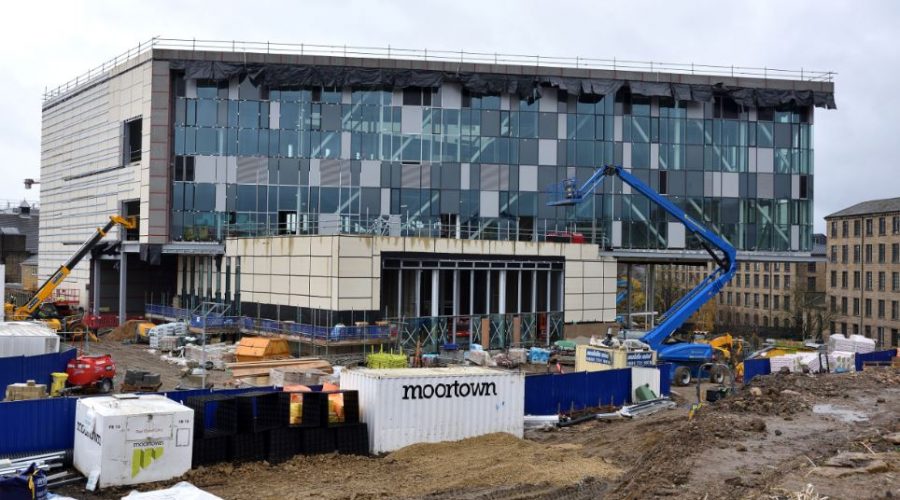 CONSTRUCTION of the University of Huddersfield’s new £30 million centre for the study of art, design and architecture is months ahead of schedule, and it has witnessed an unusual “topping out” ceremony conducted by the granddaughter of Dame Barbara Hepworth, the famous artist who has given the building its name, in the presence of the main contractor’s MD for Construction. 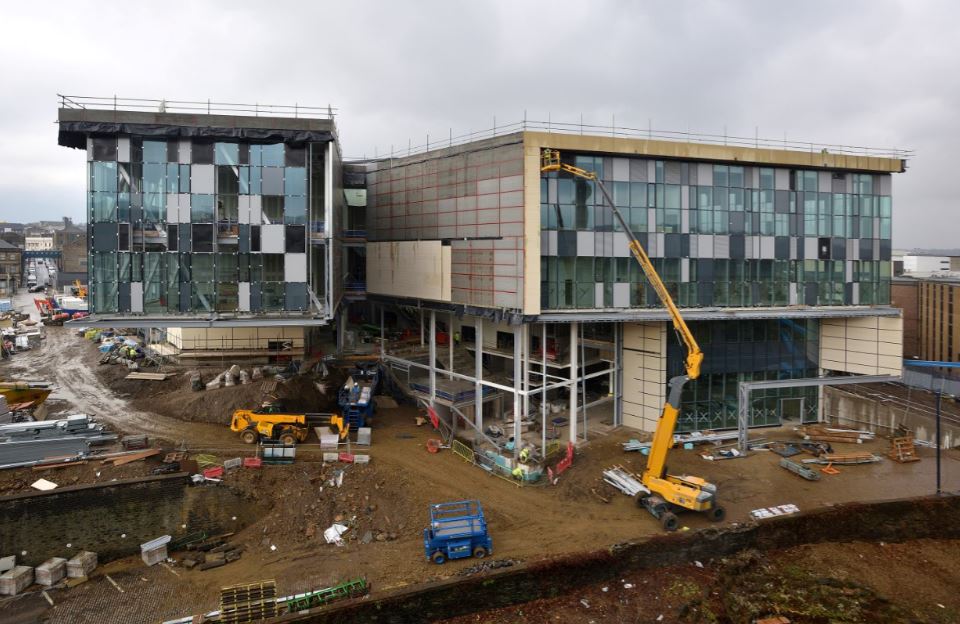 Dr Sophie Bowness – who is an art historian and a trustee of the world-famous Hepworth Gallery in Wakefield – was invited to turn a bolt on one of the 146 aluminium panels that will be fixed to the glazed walls of the new building. Their function will be to reduce solar glare, but architects AHR have ensured that they are also an artistic adornment.

One of the great sculptors of the 20th century, Barbara Hepworth, who lived from 1903 to 1975, was born and educated in Wakefield. She was the first choice to be commemorated by the new University of Huddersfield building and at the topping out ceremony Vice-Chancellor Professor Bob Cryan thanked Dr Bowness for giving permission to use her grandmother’s name.

The ceremony was attended by key figures from building firm Morgan Sindall, including its Managing Director for Construction, Pat Boyle. Morgan Sindall recently completed the University’s £28 million Oastler Building, opened in 2017, which was announced as the Best Education Building at the West Yorkshire Local Authority Building Control Awards. 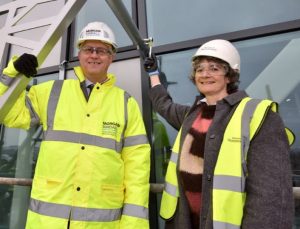 After Dr Bowness had carried out the ceremony, Professor Cryan said that the University’s policy of naming buildings after famous local people was designed to inspire students, and the legacy of Barbara Hepworth would be sure to do that.

Professor Cryan praised the “dream team” from Morgan Sindall who had ensured that construction work was nine weeks ahead of schedule. The Barbara Hepworth Building will be completed in the spring and be ready for use at the start of the 2019 academic year.