Forest of Imagination, the Bath based pop-up contemporary arts event, has been crowned best Temporary Landscape at the 2018 Landscape Institute (LI) Awards.

Created by landscape architect Grant Associates and arts charity 5x5x5=creativity, the annual four-day festival has seen different spaces in, and around, Bath transformed into fantastical ‘forests’ for the last five years. 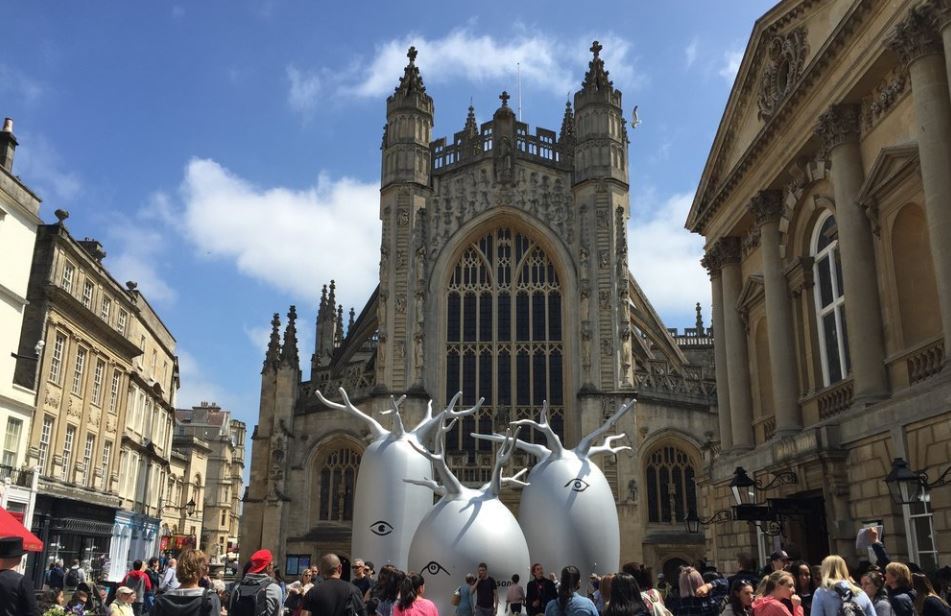 Staged in partnership with a host of local creative businesses and artists, Forest of Imagination aims to heighten people’s sense of nature in urban environments by reimagining familiar spaces.

The event uses playful sound installations, visual art trails and ‘hands on’ workshops to encourage people of all ages to connect with nature and their own creativity. 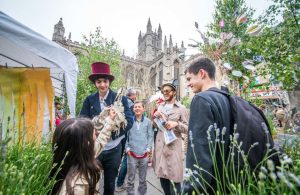 Announcing Forest of Imagination as winner of ‘Design for a Temporary Landscape’, judges for the LI Awards said the event demonstrated ‘the potential of landscape architecture to be a social catalyst’.

The judges also said Forest of Imagination had a ‘high impact on Bath in terms of increasing visitor numbers, collaborators and funding’.

Forest of Imagination has been held each year in the Bath area since 2014 in a variety of locations including Bath Spa University, Queen Square, Bath Abbey and Abbey Green, and Bushey Norwood – part of Bath’s National Trust Skyline Walk.

2018’s event saw Kingsmead Square down to Bath Quays transformed into a ‘Future Forest’ with a series of ‘Forest Fragment’ areas, along with a special focus on the city’s riverside setting. 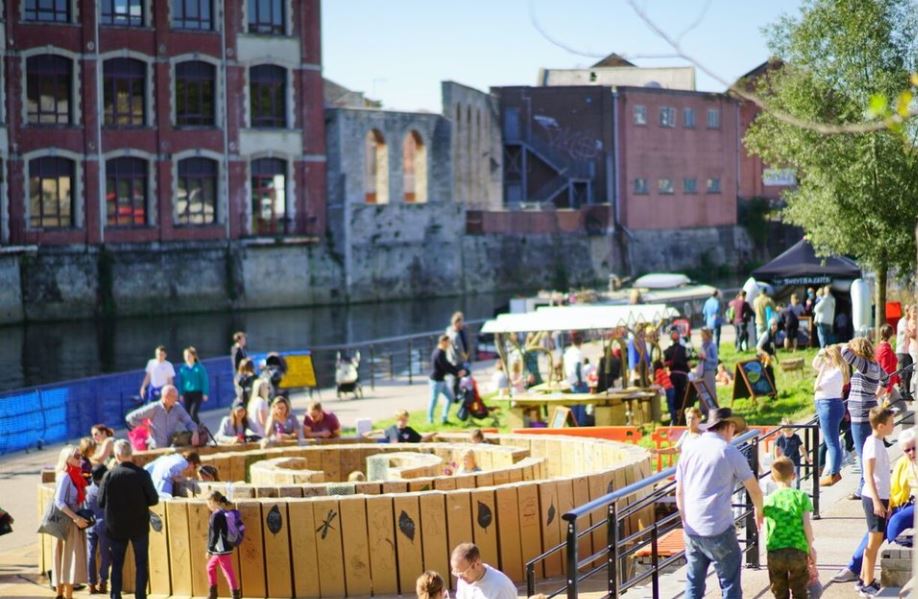 One key theme was the fragility of the world’s most threatened natural habitats, particularly the ancient forests and baobab trees of Madagascar.

To date, the event has been supported by a wide variety of local and national organisations including architect Feilden Clegg Bradley Studios, Bath Spa University, Bristol Zoo, and Wessex Water, the National Trust and Bath Children’s Literature Festival.

The 2018 Landscape Institute’s annual awards were presented on 22nd November at The Brewery, London.https://www.artscouncil.org.uk/

“It is a huge thrill for the whole Forest team to receive this accolade from the Landscape Institute. Each year Forest has grown thanks to unwavering support from the public, local businesses, artists, schools, colleges and charities. Our 2018 event involved no fewer than 40 organisations and 12 schools – all sharing their ideas and creativity. Forest is a truly collaborative effort, and this is the source of its tremendous energy. The event shows how public spaces can be used to engage the whole community and galvanise our innate creativity, as well as highlighting important conservation issues.”