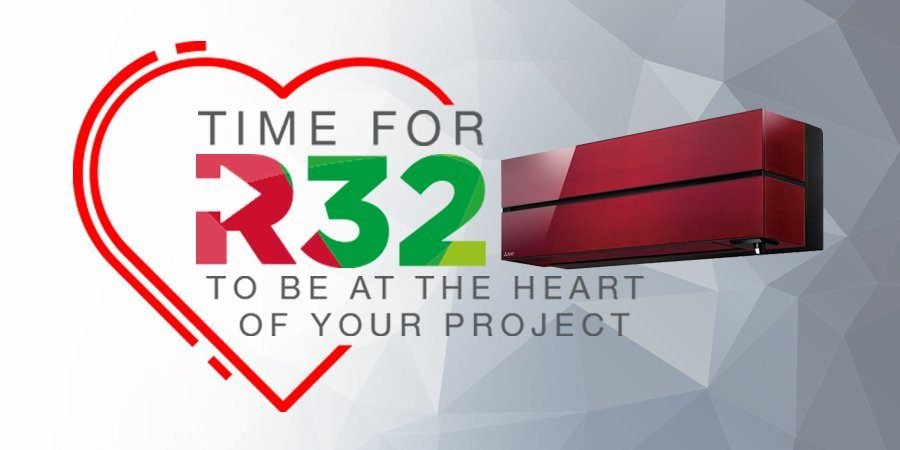 Carl Dickinson looks at the background to the use of a new refrigerant in air conditioning units.

If you work with air conditioning in any way, whether as a consultant, installer, service engineer or corporate user of heat pump equipment, you may have heard about the move to a new refrigerant known as R32.

You may also be aware that the industry has changed refrigerants before and you may wonder to yourself ‘why the new change? And why now?’

Manufacturers such as Mitsubishi Electric strive to develop the most efficient technology available, using the materials available at the time.

Up until about 1994, this is what led to the use of R22 refrigerant, which was the refrigerant of choice throughout the air conditioning industry. 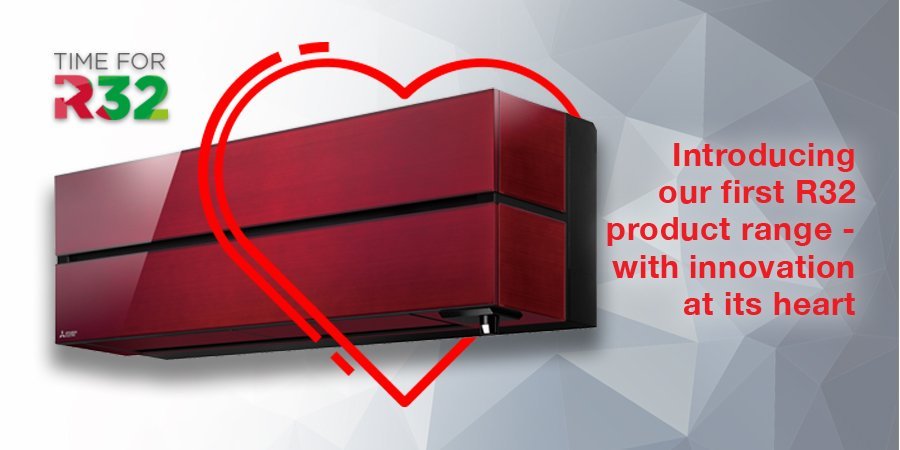 R22 is a Hydrochlorofluorocarbon, or HCFC and unfortunately, releases of HCFCs are proven to deplete the Earth’s protective ozone layer and contribute to climate change. This is why R22 has now been banned in Europe in all forms and refrigerants were introduced that did not contain ozone-depleting chlorine.

R22 was completely phased out at the beginning of 2015 under the Montreal Protocol and we are already seeing the ozone layer repairing itself with current predictions that it will have fully repaired by around 2050.

Manufacturers initially responded by replacing R22 with hydrofluorocarbon (HFC) R407c in the main because it had very similar operating characteristics, leading it to becoming the ‘in service’ refrigerant of choice.

From 2006 though, the market moved to R410A refrigerant (also an HFC) as it offered higher efficiencies, achieved by operating at higher pressures.

However R407c and R410a are known as greenhouse gases and are partly responsible for the greenhouse effect on the Earth. In 1999 the Kyoto Protocol on global warming listed HFC refrigerants that were contributing to global warming.

This in turn led to the introduction in Europe of the F-Gas Regulations and at the start of January 2015, the next stage of the F-Gas laws was introduced which detailed the phase down of HFC refrigerants. 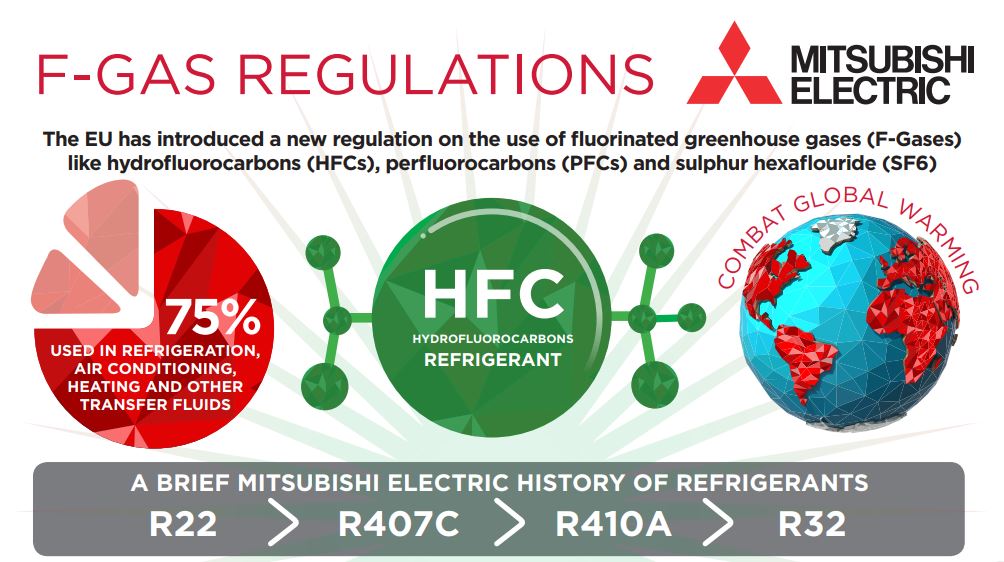 It’s important to note here that this is a ‘phase down’ and not a ‘phase out’ – with the regulations now based on the tonnes of C02 equivalent of all refrigerants sold or traded in Europe.

We need refrigerants with a low global warming potential

Each refrigerant has a Global Warming Potential (GWP) with carbon used as the base. Carbon has a GWP of 1.

R410A has a GWP of 2,088 meaning that if one kilogram is released into the atmosphere it would have 2,088 times the harmful effect of one kilogram of carbon.

The decision by air conditioner manufacturers to transition to a new refrigerant is driven by many factors such as impact on the environment, energy efficiency, safety and cost-effectiveness.

There is a diversity of low GWP refrigerants available to select from. These include HFC 32 (or R32), HFO 1234yf and HFO (hydrofluoro olefin) blends, Ammonia (R717), Propane (R290) and C02 (R744). Unfortunately, none of these candidates is a perfect refrigerant when assessed across the 4 key criteria of

Each refrigerant has strong and weak points, which also vary depending on the type of target product. Many major air conditioning manufacturers have determined that R32 is the optimum choice for use in their products because of the benefits…

This article was originally featured on The Hub, designed to provide opinion and useful information for anyone interested or involved in reducing energy use within the built environment

To continue reading about ‘The benefits of R32‘  visit: https://les.mitsubishielectric.co.uk/the-hub/whychangetor32