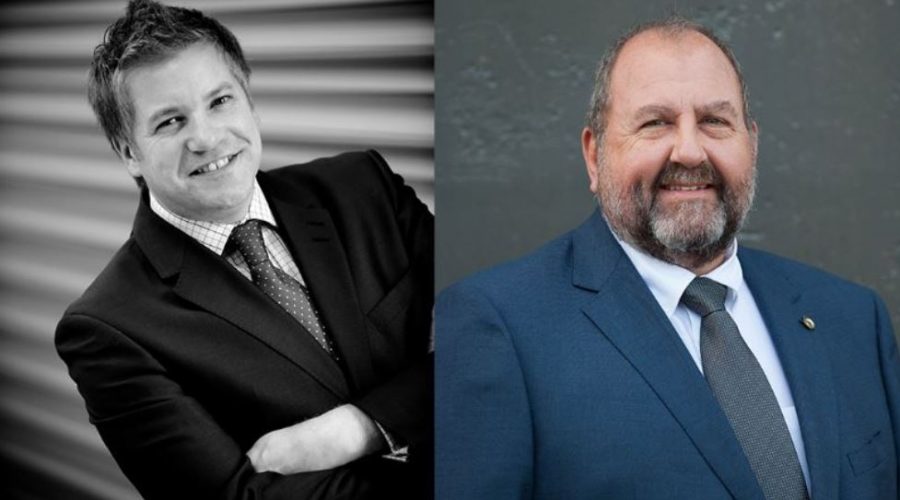 Stuart and Mark, who were put forward for each of their positions by the LRWA board, were then voted-in by members at the LRWA AGM in March 2019.

Stuart has been proactively involved within the LRWA since joining the marketing committee eight years ago. With more than 25 years’ marketing experience, he led new initiatives such as the redevelopment and launch of the LRWA website, and spearheaded the production of the digital video members pack and corporate video as marketing chair.

He was appointed as a board member in March 2018, where he provided valuable support to the association during meetings and events, including the planning of the LRWA Awards & Gala which is now in its third year.

As chair, Stuart will help guide the delivery of significant new projects and sector developments with the support of the LRWA board, its members and the CEO and driving force of the association, Sarah Spink, to continue to help raise the standards and awareness of the liquid roofing and waterproofing industry.

Commenting on his appointment, Stuart said: “I’m extremely proud to undertake the role of chairman. I’d like to thank all the board and our members for putting their trust in me and allowing me to take on this exciting new challenge.

“We have a fantastic association that is shaping the future of not just the liquid waterproofing sector, but the entire roofing industry, which is really exciting. I’m passionate about making change for the better – so let us continue our good work and make a positive impact.”

Mark Flello, who has also been a board member since 2016, will provide a supporting role for Stuart as vice chairman. Mark’s experience in liquid technology spans more than 40 years and began in the laboratories of Evode in Stafford, later transferring to Evode Roofing which is now part of Briggs Amasco. Working in technical roles throughout his career, in 2008 Mark founded Dove Technology – manufacturer of specialist adhesives for the flat roofing industry and associate members of the LRWA.

CEO of the LRWA Sarah Spink, added: “We are absolutely delighted to welcome Stuart and Mark into their new roles. Both individuals have been key players within the association for many years, and their skill-set and experience complement one another in these leading roles.

“We have a busy and exciting year ahead with new developments and projects in the making, and having Stuart and Mark at the forefront of the association will be a real asset for the LRWA and its members.”