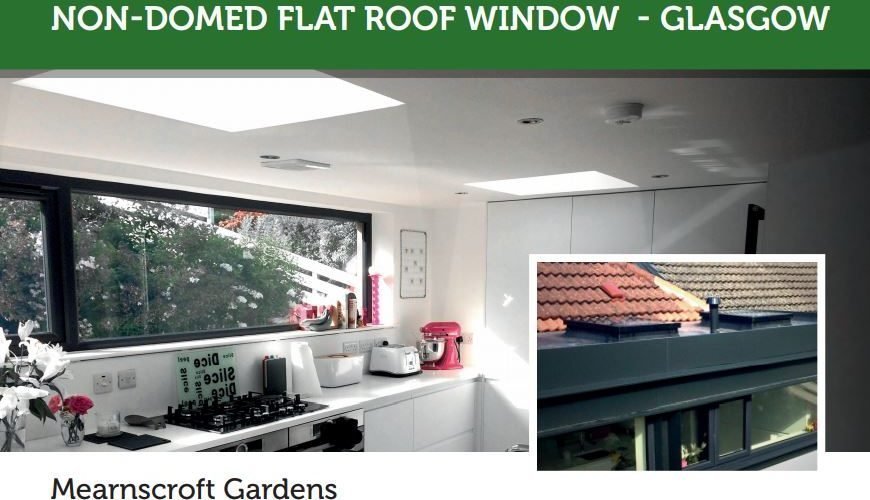 Paterson Gordon Architecture were approached by Mr and Mrs Smith of Glasgow to bring their fresh idea to life. 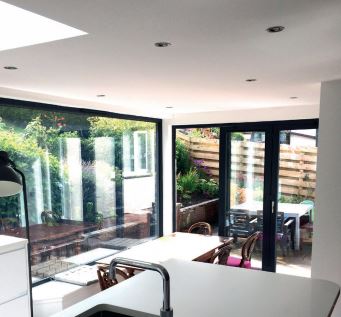 The idea behind the development began when the Smiths were living with cold and damp conditions in their previous conservatory. They wished to create a bright, open space with abundant natural light which would suit the lifestyle of their young family.

To compliment the aluminium flashings which provided the roof with a sharp edge, FAKRO DMF and DXF flat roof windows were selected.

The use of these roof windows had been specified in the kitchen area to allow a sufficient level of light into the living space. The remaining parts of the room were finished to a high level with storage units and appliances. 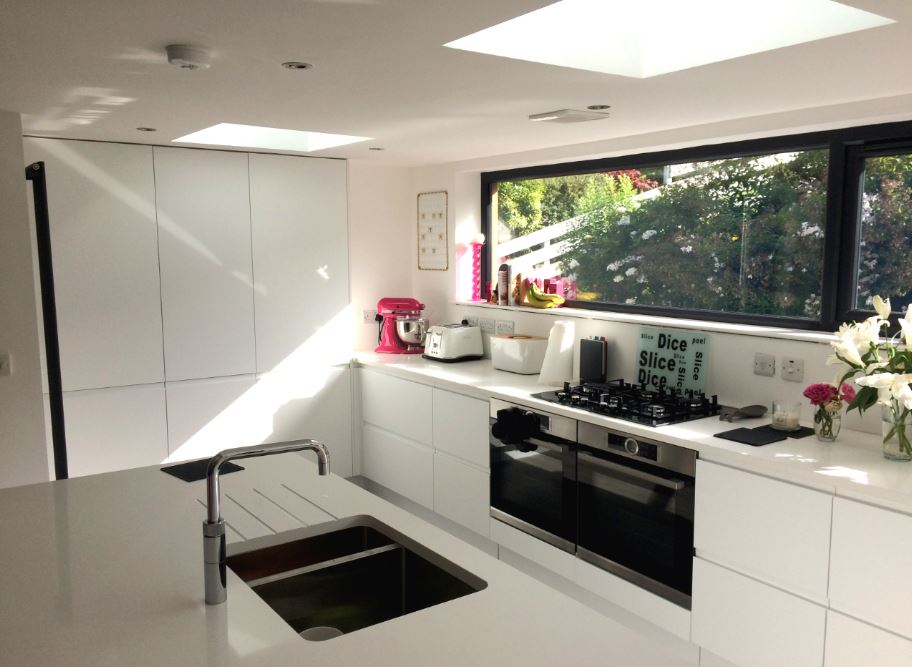 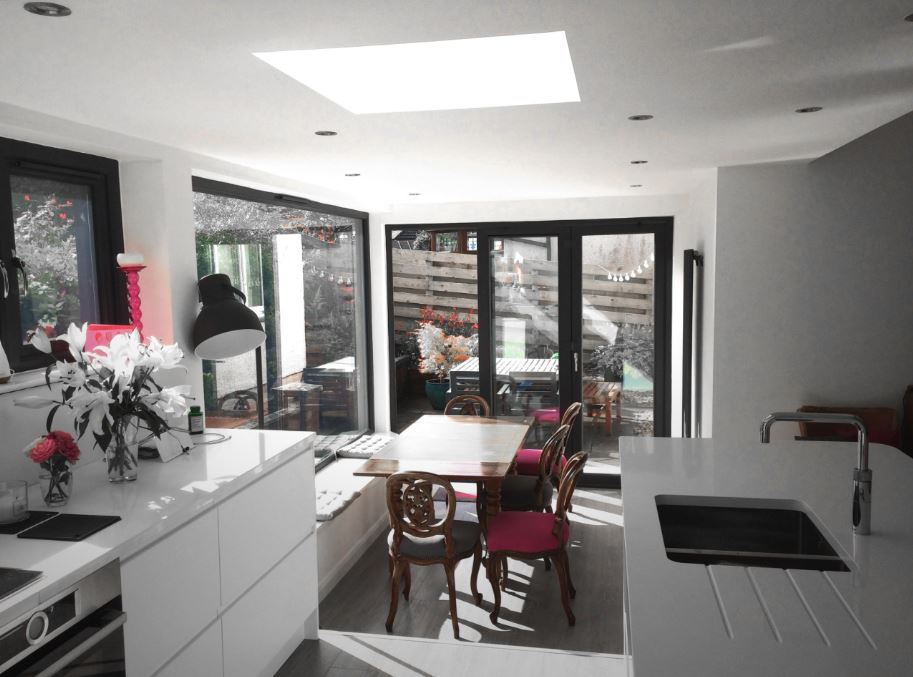 Using standard windows to bring in natural daylight would have used up valuable storage space in the kitchen so the DMF and DXF flat roof windows allowed the new kitchen to be flooded with natural light, whilst retaining plenty of storage space.

Much more information on FAKRO roof windows and their commitment to excellence in customer service can be found at fakro.co.uk. 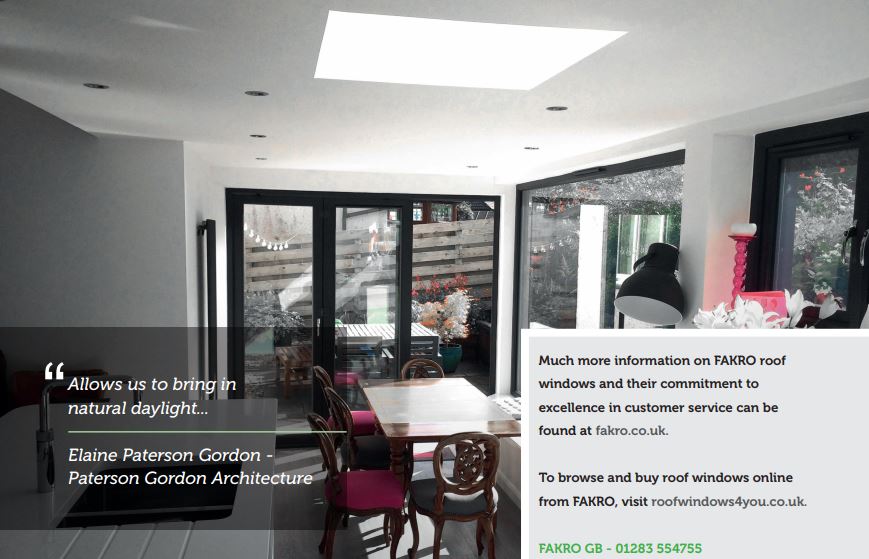