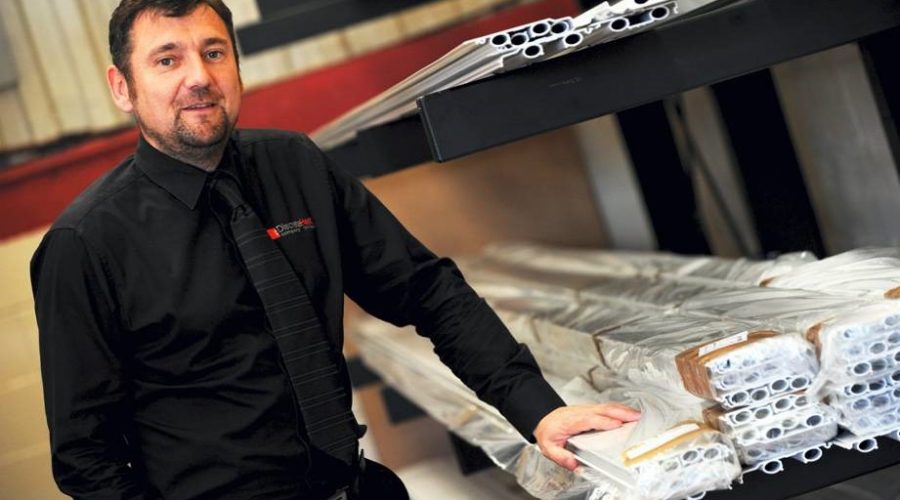 When you think of modular construction, what do you imagine? A sleek production line, populated with bright yellow ABB Robots skivvying around bolting houses together, whilst a few engineers in lab coats and safety glasses studiously tick off their clip boards? Or a ‘mobile home’ on wheels being shunted through an old aircraft hangar as plumbers, plasterers, sparkies and roofers scurry all over it, glad of the fact it’s not raining? Or even a couple of builders knocking up oversized sheds in an abandoned warehouse? Take your pick – I’ve seen them all.

To be fair, most of the modular companies we’re dealing with aspire to the first imagining, even though in reality they’re some way away from that. However there is one company that is investing heavily in bright yellow robots with a view to creating a car-like production line producing dozens of shiny new houses a week rather than saloons and SUVs.

For many modular manufacturers, waiting for the big orders to land (why are so many players talking about 10,000 a year in 2-3 years’ time – how about doing 50 this year & 100 next year?) it’s a battle to keep the lights on, as setting up a factory consumes cash like a donkey eats strawberries. We’ve already seen several high profile casualties like MBS, Paneloc and Future Form go to the wall despite the apparent housing shortage and rapacious demand for places to live. “You would like to set up a modular manufacturing facility, Sir? Certainly:That’ll be £80m please”.

The problem is, that with a few notable exceptions, the modular manufacturers are largely offering the same product as the traditional builders, mainly because of the nervousness of the market and the luke-warm response of the warranty providers and underwriters. Having invested millions in a factory, machinery, staff, marketing and stock there’s precious little appetite to deviate too much from the mainstream for fear of scaring away investors and buyers.

But be honest: if you walk into two houses, both identical inside and out, and you know one is built on site of brick and block, and the other is built in a factory with a steel frame and cladding – which would you choose? If you are a parent advising your child on their first house purchase, what would you advise? Be honest.

Truth is, that unless the modular market offers more to the consumer, whether that be appreciably lower cost, significantly improved running costs, better use of space, imaginative design or striking features, the market will be mainly unmoved.

Who cares if the developer saved six weeks on site and improved their cash flow if the house is the same price as a Redrow one on the next estate? Who’s bothered that the quality control is better on an off-site constructed property if the second bedroom is still too small to have a bed and a wardrobe? The buyer is. Generation rent is.

Having been fortunate enough to be a property developer before I started Discrete Heat (Question: how do you make a small fortune? Answer: make a big one in property first and then invest in manufacturing..) I think I learnt the importance of the details. Does the bedroom door swing the right way to avoid a chest of drawers? When you mount the telly, where are you going to put the settee? Can you slouch in your underpants eating cheesy Wotsits without the neighbours… you get the idea. Maximising usable space doesn’t necessarily mean you are building to lilliputian proportions but can make a modest room more amenable to modern living. I actually lived in one of my first apartments for a week just to see where the ‘pinch points’ were. I learnt a lot, and what I learnt I put into future projects. In 10 years, and 150 properties, I have never had a letting void.

My biggest bug bear were the radiators – in a 60-80m2 apartment, wall and floor space is a premium, and wherever I tried to put them, it negatively impacted on furniture layout and usable floor space. No problem: I’ll try underfloor heating. But the impact on the build program and the limitations on subsequent floor coverings means it doesn’t always do what it says on the tin. Cue: DiscreteHeat. A barmy idea for heating in the skirting boards, sketched out on the back of a fag packet in the pub. 10 years, 40,000 systems and £1m investment later we’re finally getting through. Like I said; how to make a small fortune.

One of the commonest questions I have had in the last 18 months at any technical/design/pricing meeting with a modular manufacturer is “Have you got the capacity to keep up with our demand”.

“Errrr… yes. Can we have the demand please”. Design after design, re-costing after re-costing, prototype after prototype. I feel like Delia Smith with a megaphone at half time “Where are ya? Lets be ‘avin you!” (If you’re reading this in the USA and wondering who the hell is Delia Smith, just Google: Delia Smith Norwich City Soccer Team).

Guess what: we’re seeing many of these lovely 21st Century, ultra efficient, sleek and modern modular houses kitted out with…radiators. 19th Century technology. Old wine in new bottles. Given that the maximum width of a transportable module is around 4.5m (about 15 feet in old money) space is even more of a premium in a modular home. Never mind: the Marketing Geeks can airbrush them awkward radiators out of the brochure and website images (I kid you not; that’s been done). Is that fair? Is that even legal? Have any of the designers ever lived in one; even for a week?

In the meantime we have invested in our manufacturing in order to meet the promised deluge of orders. With modular being manufactured to much more tighter, repeatable tolerances than traditional build, we can semi-automate the process and provide pre-cut and finished skirting heating in a room kit – simply plug’n’play. “You would like to have an automatic loading and bar-coding cross cut sawing machine Sir? Certainly: that will be £80,000 please.”

And the orders are coming.

But: Surprise Surprise: It’s the supposedly fuddy duddy traditional build market that’s embraced the concept. Remember them: the stuck in the mud, dyed in the wool, stick to your knitting ludites that would be swept away by the modular/offsite/volumetric manufacturers who would show ’em who’s boss? And whilst there are several big modular players doing very nicely thank you, there are many that are frankly dreaming. So where do we stand? Well like many potential purchasers and decision makers, we’re hedging our bets. We’ve got thousands of new build apartments in the pipeline – all traditional and a few hundred in modular. Which way do we think it’s going to go? Well as an innovator and a believer in disruptive technology I think modular / offsite construction will become more important in the building sector, but not as far and as fast as anyone would like.

The Mark Farmer report writ large the challenges facing construction and that the industry must adapt or die; but that can’t be solely for the benefit of the developer/investor/manufacturer; it has to offer real benefits to the occupant, whether they own it or not. Simply repackaging the same old technology into a new shell that just happens to be built in a shiny new factory is not a great story to sell.

Martin Wadsworth is Managing Director & Founder of the Discrete Heat Company Ltd UK. His views are entirely his own, entirely biased and in his opinion, entirely right. If you’re not completely fed up with him, you can see more of Martin on BBC’s Dragons Den here: