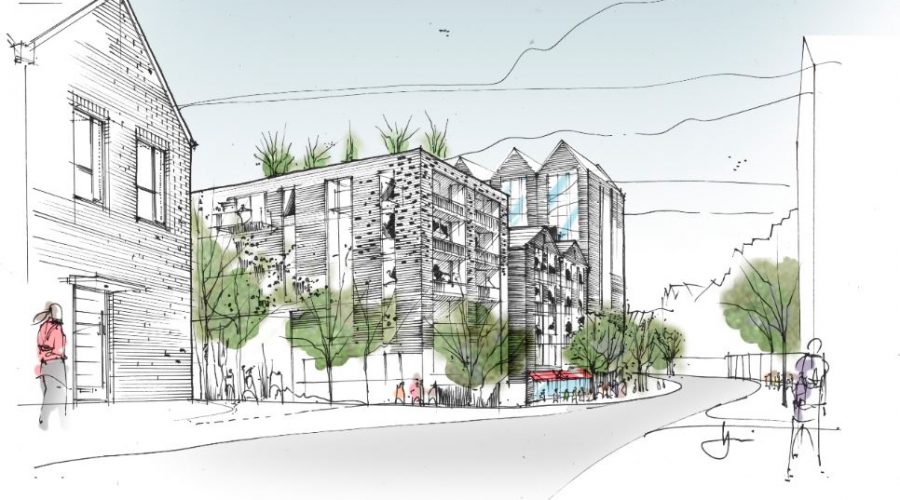 Thurrock Council has given the green light for Purfleet on Thames, a £1bn regeneration project that will see thousands of new homes created in Purfleet and a new town centre and a media and creative industries hub established.

The scheme has the broad support of the local community who have been extensively involved in framing the masterplan and the local Community Forum were vocal at last night’s committee in support of the scheme (which was recognised with a national award for Best Public Participation in 2018).

Purfleet on Thames will deliver up to up to 2,850 new homes alongside a new town centre with shops, restaurants and new public spaces such as a local parks and access to the new riverfront.

Also within the proposals is a 1,000,000 sq. ft. film, TV and creative industries complex which together with the other commercial uses proposed will create over 2,000 new high value jobs for local people.

Residents of Purfleet will further benefit from an improved railway station and transport facilities, with Purfleet less than a 30-minute train ride from central London, plus a new health centre and two new schools.

Thanks to the High House Production Park, Purfleet is already emerging as a world-leading creative hub and today’s approved plans will only cement the town’s position. The creative industries are of increasing importance to the UK economy, contributing over £100bn annually and now a major British export.

Swan Housing Association is one of the largest housing providers in Essex and East London and a pioneer in modular construction, which has been embraced by the government for delivering homes faster at a higher quality. Approximately 50% of the homes at Purfleet on Thames will be built this way.

Last night’s approval by the Planning Committee represents a significant milestone towards the delivery of PCRL’s development proposals and is subject to agreement on detail being reached by PCRL with the Council and stakeholders.

Ken Dytor, PCRL founder and executive chairman of Urban Catalyst said: “This development will tap into the power of culture, creative industries and healthy living. The approval is the result of many years of work and has been shaped by our detailed engagement with the local community and stakeholders, who we listened carefully to in drawing up our forward-thinking social infrastructure-led proposals that promote health, education and employment.”

Sir Tim Laurence, chair of PCRL said: “We are thrilled our Purfleet regeneration proposals have been approved, creating thousands of much needed homes, significant additional employment and supporting long-term growth in Thurrock. We look forward to moving onto the next phase working in partnership with Thurrock Council”

John Synnuck, Chief Executive of Swan Housing Association said: “At Swan we’ve spent the last 25 years helping people feel at home. Our commitment to continuing to improve the lives of the communities we work with is unwavering.

Last night’s approval of our plans for the regeneration of Purfleet reflects both our long-term relationship with Thurrock Council, which is at the heart of PCRL’s delivery strategy, and our engagement with the local community. We will now all work together to create a thriving environment that provides much needed new homes and services, alongside significant employment and educational opportunities for the local community.”

Urban Catalyst is a mixed-use real estate development firm, established in 1998, with a strong history of delivering public-private projects exemplified by high-quality design and the creation of sustainability urban communities where people want to live. The firm’s experience as a master developer coupled with our understanding of the public sector, means we can provide communities with flexible schemes that specifically meet their needs and provides wide socio-economic benefits. In many ways Urban Catalyst bridges the gap between the public and private sectors in urban regeneration.

Swan Housing Association was first formed in 1994. Swan celebrates its 25 Anniversary this year and continues to provide high-quality affordable homes to rent and buy. Every penny we make is reinvested in homes and services for our residents. Today, Swan operates in East London and Essex and locally manages over 11,000 homes, with a secured development pipeline of over 6,500 homes to be delivered using both traditional and offsite construction by Swan’s in-house developer NU living. We have our own offsite modular housing factory which we are using to deliver high quality new homes including fully customisable homes.