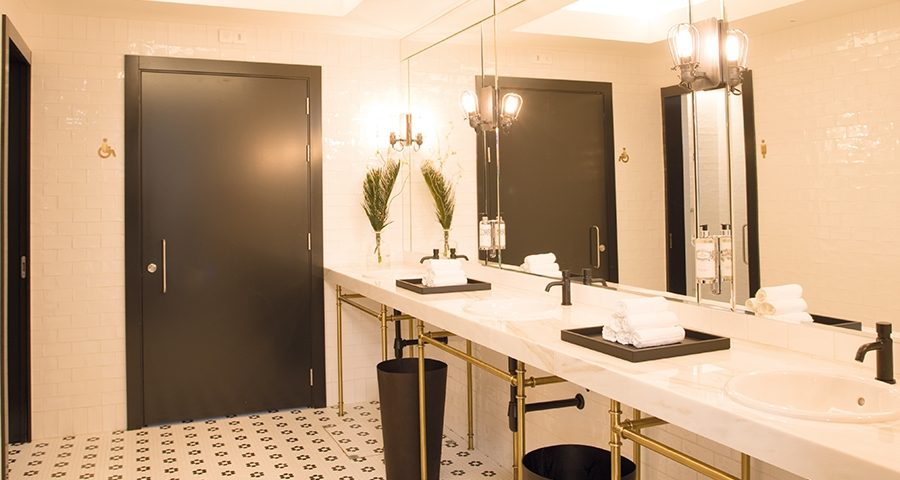 The Pestana Porto – A Brasileira hotel is the perfect meeting point between luxury and tradition. Equipped with Vicaima solutions, ranging from doors with high technical performance to panels or wardrobes, the company contributed to strengthen the concept, comfort and safety of guests.

Built on the first space to serve coffee in a cup, 115 years ago, Invicta’s latest 5-star hotel keeps intact the name (and not only) of this space, “A Brasileira”, right in the heart of the city. This is Vicaima’s recent project in the hotel sector, whose challenge was based on the perfect balance between the classic and the contemporary of all the components of the space, which should remain faithful to the original features of the centennial cafeteria.

Respecting the cafetaria’s DNA, which for decades has been serving what is considered the “best of coffees”, the Pestana Group’s historic and luxurious hotel offers 89 rooms and suites, distributed over theme floors, which have been inspired by the spices imported during the Portuguese maritime expansion: the Anise, the Coffee, the Cinnamon, the Tea, the Chocolate and the Rose Pepper.

In this project, Vicaima played a significant role in strengthening and unifying the whole concept for this unit, integrating a great diversity of solutions in different contexts, capable of maintaining harmony among them, without risking the historical inspiration which is the basis of the whole environment. In the rooms and public areas, the choice fell on different Portaro® options – a Vicaima integrated solution and feature, ready to install, consisting of door, frame and accessories – such as Portaro® Interior, Sliding and Inverse (which enables wall panel integration).

For the creation of continuous plans and coherent decorative environments, technical solutions were chosen and customized for the entrances of the rooms, combining high-performance Fire and Acoustic, with 30min fire resistance class and acoustic insulation up to 45dB, faced with panels. These technical options have been registering a high demand for the brand by the hotel sector, as they provide comfort and safety in line with the decorative requirements of the spaces.

Vicaima panels were also applied in several contexts, such as corridors or common areas, so as to create environments with a homogeneous and well defined concept by the Hotel, as happened with the wardrobes and furniture pieces incorporated into the rooms.

With regard to the colour palette, the shades were chosen in order to maintain sobriety and the luxury of the space, having been ordered, predominantly, the Stained Toffee Brown solutions in natural wood, which invoke the most typical tones of the coffee and cocoa beans and of the more conventional spices.

Just a few metres from São Bento Station, and with an offer of spaces and varied services including a restaurant, the Pestana Porto – A Brasileira Hotel raises the tradition to a superb class level, explored in all its details and dimensions, where Vicaima once again reaffirmed the success of its commitment to the hotel sector.