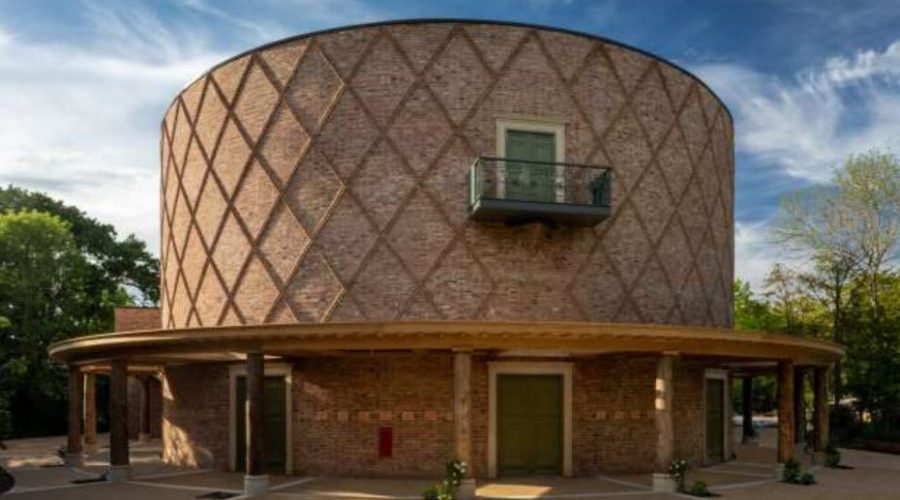 Located in the Surrey hills and just 23 miles from London, The Theatre in the Woods is set in the grounds of the 15th century manor house – West Horsley Place – unexpectedly inherited by author and broadcaster Bamber Gascoigne from his great-aunt the Duchess of Roxburghe in 2014 (the Duchess’ ashes reside in the orchestra pit). The Theatre in the Woods is the realisation of a dream long held by Wasfi Kani, the Founder / CEO of Grange Park Opera, and the £10m cost of the building was raised by Kani herself from private donations in just one year. 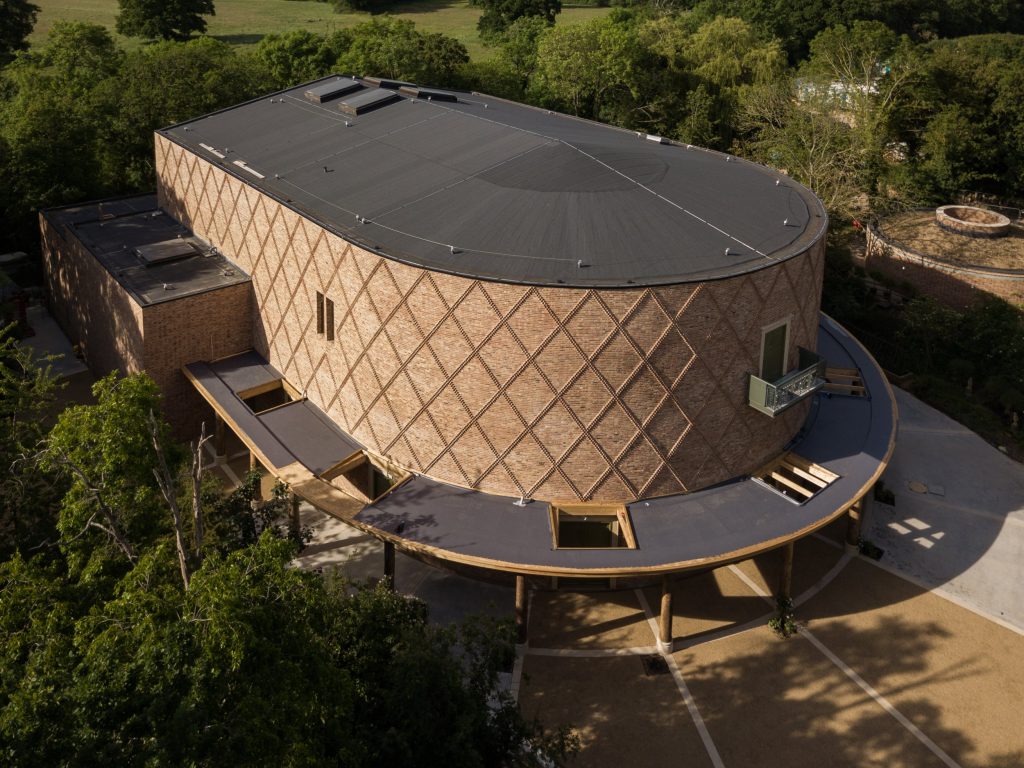 The front of the building has the appearance of a cross-gartered brick drum, housing inside an intimate, five-tiered auditorium. Grange Park Opera’s acoustics have been hailed as “excellent” by critics, whilst the orchestra pit alone can comfortably accommodate over 70 musicians and their instruments.

The striking exterior appearance of the building – which Kani refers to as “pinky, umbery, smoky coloured” – is created by 140,000 bricks laid in cross gartered style. Set within the brickwork is a ‘fanfare balcony’ from which trumpeters can summon audiences to the performances and affords commanding views across the historic orchards and gardens of West Horsley Place. 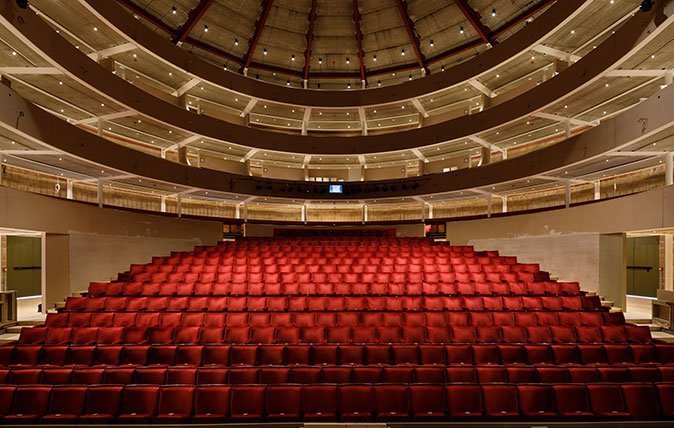 The balcony takes its inspiration from another hallowed seat of opera, Bayreuth.

Visitors will certainly notice the floors of the stalls, circle, grand tier and balcony. The concrete surfaces have been resurfaced with resin containing over fifty thousand pre-decimal coins. Each one has been highly polished to shimmer like a star under the lights, adding to the magical experience of a night out at Grange Park Opera.

The classic horseshoe-shaped auditorium, consisting of five tiers, has the capacity to seat 750 people.

Begun in 2016, the first phase of construction was completed in just eleven months, to accommodate Grange Park Opera’s 2017 season.

Grange Park Opera’s 2019 season began on 6 June with Verdi’s Don Carlo which plays in repertory with Hansel and Gretel by Englebert Humperdinck, the Gershwin’s Porgy and Bess, and A Starry Night with Joyce DiDonato.