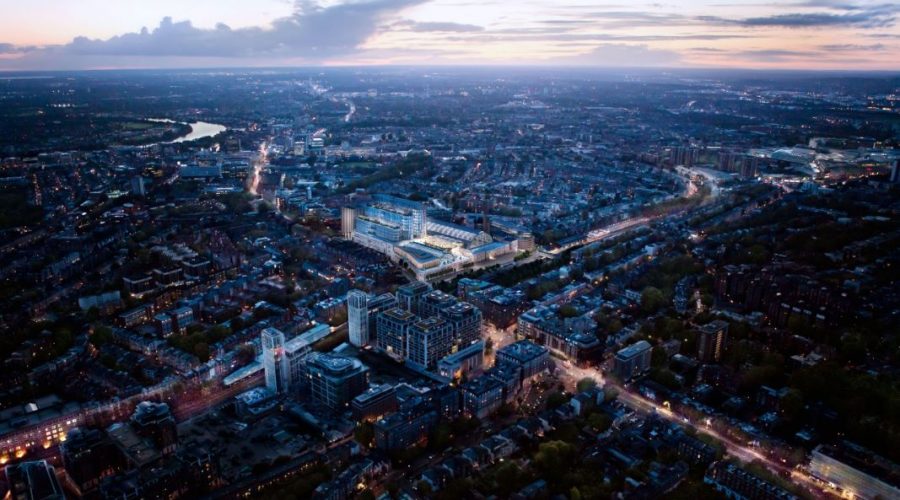 A new image of the Central Towers, which will form part of the £1billion redevelopment of London’s Olympia Exhibition Centre, in West London, has been released by multi-disciplinary engineering consultancy Pell Frischmann. 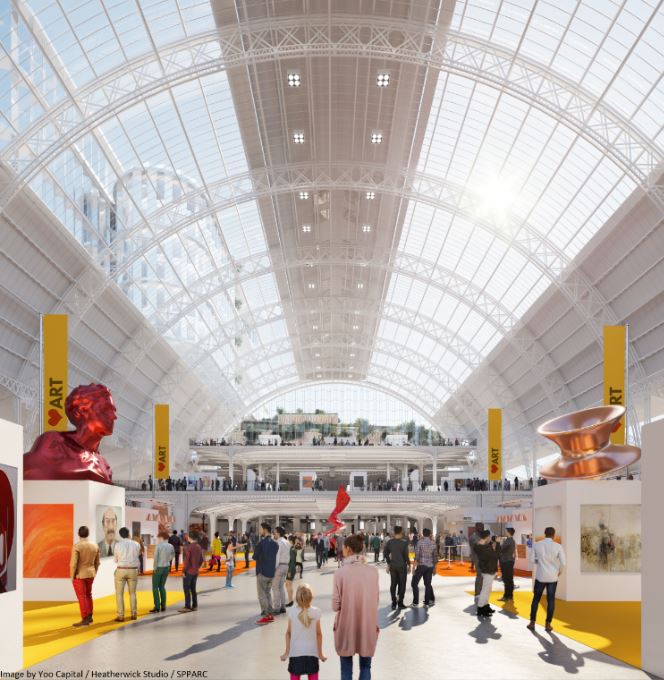 The project, which is being spearheaded by Deutsche Finance International (DFI) and Yoo Capital (YC) will revamp the existing exhibition halls, and add 51,000m² of office, studios and co-working space across its site. The new centre will also house a four-screen arthouse cinema, a 1,000-seat performing arts space, a 1,500-seat theatre, 900m² of performance and rehearsal space, a new jazz club-style restaurant and venue, shops, cafés, hotels and new public space, including pedestrianised squares and a sky garden.

The historic façades of the exhibition centre, on Olympia Way, will be fully restored and spaces, such as the historic Pillar Hall, will be opened to the public. UK consultancy Pell Frischmann is providing lead structural engineering services across the development.

The site, in Kensington, West London, was built in 1886 as the National Agricultural Hall, according to the designs of architect Henry Edward Coe. Today, it is one of city’s premier venues and hosts more than 220 exhibitions and events each year, including the ‘Olympia Horse Show’ and ‘Stylist Live’. Events will continue to be held during development. 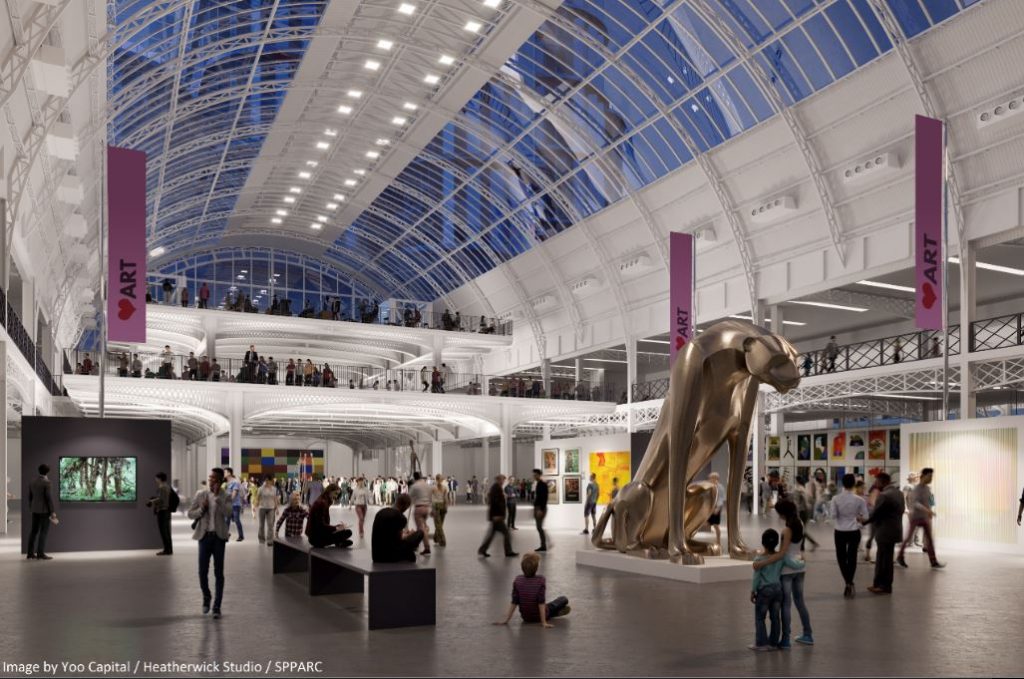 Key features of new £1bn project, which will welcome its first tenants in 2023, will include:

The revamp of this historic London site is expected to create more than 3,000 new construction jobs over the next five years, as well as approximately 5,400 new jobs across the local area upon completion.

“We are excited to be working on the redevelopment of the Olympia estate, with its many challenges it is a real opportunity for us to show what we can do.

“The site has a rich history and is an important landmark for UK industry and the local community – and the project will create the latest go-to destination in the capital with not just an exhibition centre but a wealth of public realm and creative facilities.”