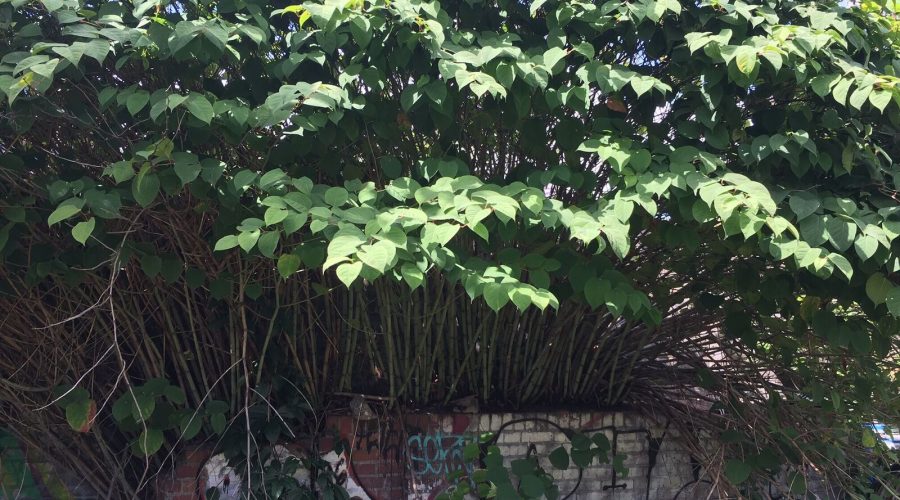 Adam Brindle, MD of The Grounds Care Group and Japanese Knotweed expert, explains the challenges faced by construction professionals in eradicating this most pesky of plants.

The Japanese have long provided the UK with a wealth of precious commodities, from reliable cars to ingenious electronics. However, one of their least welcome exports (notwithstanding karaoke!) that has made its way to our shores is Japanese Knotweed.

This most troublesome guest began its UK staycation in the 1850s when it wowed Victorian botanists with its exotic appeal, and soon became commonplace in many a well-to-do garden.

However, modern gardening trends soon moved on and this horticultural flavour of the month, and its resilient roots, were discarded by the wayside. Little did the gardening gurus of the day know, they were actually unleashing a fiendish devil weed into the wild.

Since Japanese Knotweed can regrow from just a 2mm fragment of root, that’s just what it did. The inhospitable rocky terrain of the quarries and roadsides where it was dumped were nothing to this voracious vine that found its origins on the hostile slopes of volcanoes in Japan.

Today, a century and a half on, it remains the blight of developers, architects, house builders, surveyors, and project managers up and down the country.

The pesky plant isn’t always easy to identify, and although it can look similar to bamboo, they are not in the same family. You’ll know Japanese Knotweed by its spade-shaped leaves, which can grow up to five and a half inches in length. During the late summer, it can also be identified by its creamy-white flowers. 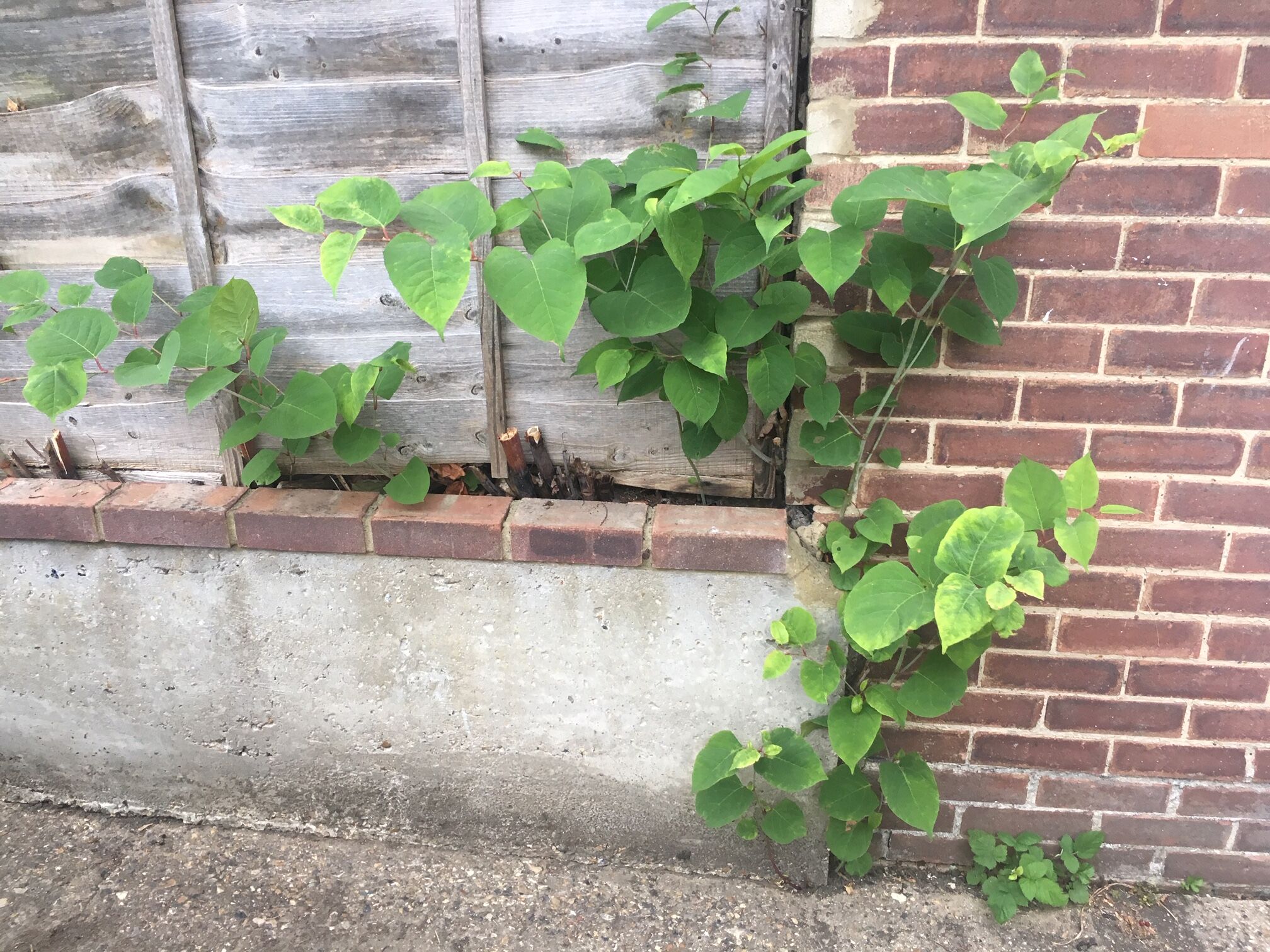 On its never-ending search for growth and sustenance, Japanese Knotweed can grow through brick walls and even concrete when it finds a weak spot. As it makes its way, it’ll cause untold damage to buildings, foundations, pavements and even invade properties if they get in its way.

The power and speed of Japanese Knotweed would almost be something to admire if it weren’t for the destructive nature of this villainous weed. Ever eager to expand its territorial domination, Japanese Knotweed will infiltrate the tiniest of cracks and wind its wily way through drains and underground sewers.

Combined with its tenacity and resilience, Japanese Knotweed brings a rapacious growth which makes it a truly unwelcome garden guest and an even less welcome property invader if you’re unlucky enough.

Able to grow up to 10 cm a day, Japanese Knotweed will target weak spots in buildings, crack masonry, split pipes and ravage foundations if left unchecked. And it shows no respect for fences and boundaries either, eagerly spreading from one garden to the next above or below ground. 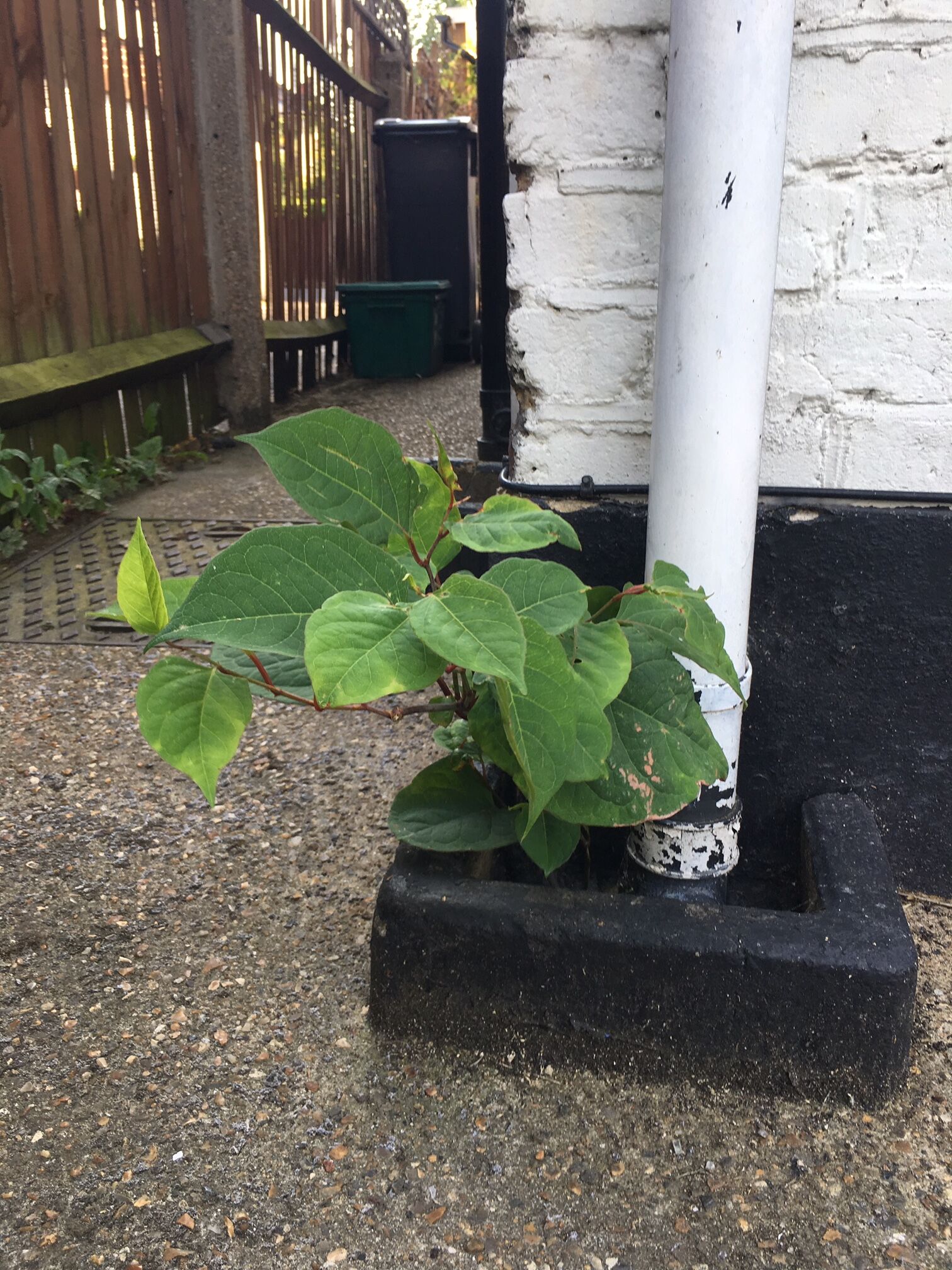 All of this can have a seriously adverse effect on land and property prices. If a property is found to have an infestation of Japanese Knotweed on or within 7 meters of its land, it is extremely difficult to secure a mortgage and could result in significant diminution of value.

From a commercial perspective, it’s not always advisable to walk away if a development has knotweed, as its not always bad news and its effective removal can often be factored into the project. Also, if your Knotweed problem has arisen as a result of a neighbouring property or landowner you then you could pursue claim for any damages and/or loss of value.

As an individual and/or organisation you have a legal responsibility for the containment and safe disposal of Japanese Knotweed. Failure to control its spread to a neighbouring property can now lead to prosecution and a hefty fine for anti-social behaviour as well.

Schedule 9, Section 14 of the Wildlife and Countryside Act 1981 states that “if any person plants or otherwise causes to grow in the wild any plant which is included in Part 2 of Schedule 9, he shall be guilty of an offence”. (Japanese knotweed is a Schedule 9 listed plant).

However, updates to the guidance documents now specifically name Japanese Knotweed alongside Himalayan Balsam and Giant Hogweed as a source of “serious problems” and state that an individual failing to control the troublesome triffid will have committed a criminal offence.

Indeed, the government has reformed the Anti Social Behaviour, Crime and Policing Act 2014, so that community protection notices can be used against individuals who are acting unreasonably and who persistently or continually act in a way that has a detrimental effect on the quality of life of those in the locality. Meaning if you fail to deal with the problem you could end up with an ASBO!

For corporates the cost on non-compliance can run into the tens of thousands of pounds, indeed we have heard of one case involving just 1sqm of knotweed which resulted in an out of court settlement £50,000. Due to the significant pay outs involved, it is no surprise that lawyers are jumping in on the act and also using private nuisance laws to pursue claims.

In 2013, Stephen Williams and Robin Waistell, two residents in South Wales made a claim against Network Rail, which owned the land immediately behind their properties. Japanese Knotweed had been present for at least 50 years on the land owned Network Rail.

The neighbours complained about the encroachment on to their land, and were awarded damages when the judge ruled Japanese Knotweed as a natural hazard affecting landowners’ ability to fully use and enjoy their property.

The interesting thing about this case, was that it re-defined the word ‘damage’, in so much as no physical damage had to take place, but merely the presence of just the root in a neighbouring land was classed as damage.

Japanese Knotweed is a difficult and tenacious plant, and getting rid of it can be a complicated and time-consuming process. If left untreated, it will spread quickly and the dame it can cause damage to foundations and buildings can be extremely costly.

Getting rid of Japanese Knotweed is not easy, and the best solution is to contact a professional removal company as soon as you have identified it on your property so that an effective maintenance or removal plan can be established.

Of course, as Knotweed removal specialists, we would say that! But if you are considering tackling the problem yourself, here are a few things you need to know.

Japanese Knotweed can grow up to 10 cm a day with roots burrowing down as deep as 3 metres. For this reason, it is important to get started on remove it as soon as possible. 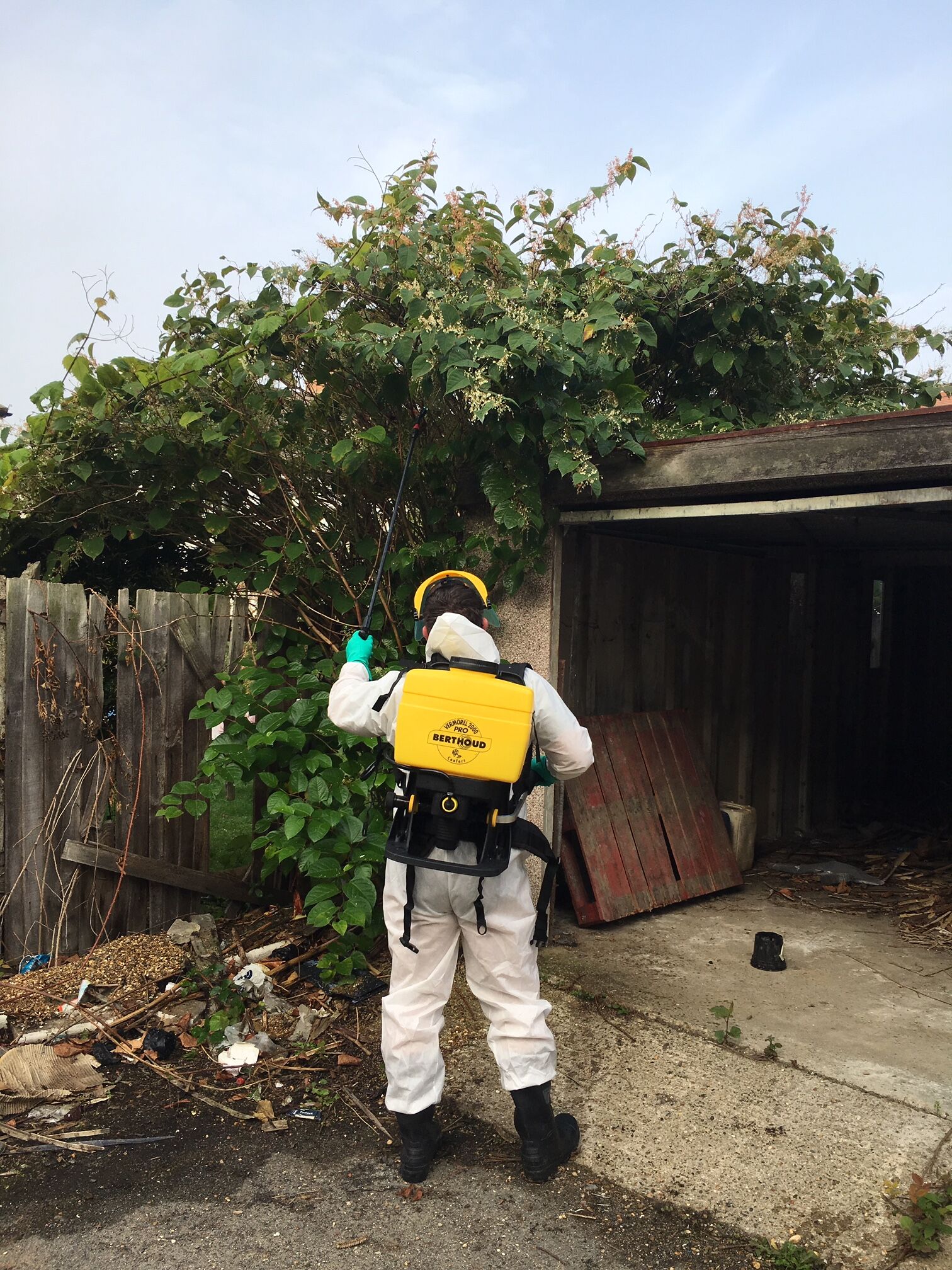 Once removed, Japanese Knotweed needs to be disposed of to ensure it can’t regrow. Off-site burial can be expensive since the soil is classified as controlled waste in the UK, a sifting and screening service removes fragments of the root and rhizomes from the soil, which means less waste and a lower cost.

For more information on how to deal with your Japanese Knotweed problem, contact Adam at The Grounds Care Group on 0800 122 3326 or info@thegroundscaregroup.co.uk

About The Grounds Care Group

It is also one of the UK’s leading contractors and consultants in the control, treatment, removal and thorough elimination of Japanese Knotweed and other invasive weed species. The Grounds Care Group is Property Care Approved and treat 1000’s of sites nationwide each year.