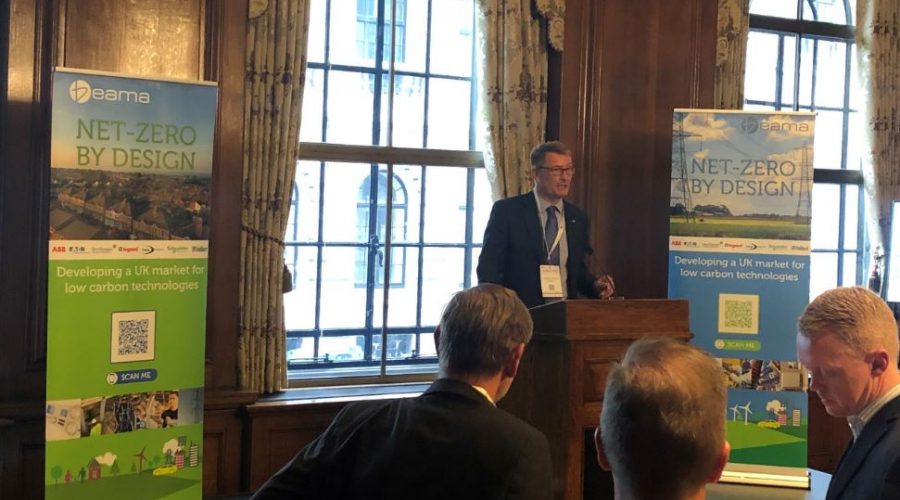 Launched on 10th September 2019, at the Council Room, One Great George Street, Westminster, London, BEAMA’s report sets out industry’s commitment to meeting the UK’s net-zero 2050 target and its view on how to ensure net-zero can be commercially viable for businesses and consumers.

Within the report BEAMA outlines the necessary policy and regulatory instruments required to de-risk investment in the UK energy sector in order to achieve the net-zero target. This includes immediate actions to reform Building Regulations setting ambition high within this round of Part L review which would send clear signals to the new build sector to phase out high-carbon technologies and enable storage capacity, as well as setting higher standards for existing homes in the UK. BEAMA also highlights the opportunities for its sector to take the lead on deploying low-carbon technology at scale to enable a net-zero future. 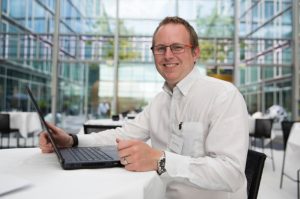 “At Vent-Axia we are committed to energy efficient ventilation design and lowering carbon, we therefore welcome BEAMA’s ‘Net-Zero by Design’ report which sets out a clear route on the road to the net-zero 2050 target that will allow businesses to invest in this future,” says Richard Paine, Marketing Director at Vent-Axia.

“Our energy efficient design is central to our product development in our Vent-Axia R&D department. Our recent development of innovative modular products, that can be repaired rather than replaced should they develop a fault, are not only energy efficient but also reduce waste and so help to further lower carbon emissions.”

Vent-Axia is committed to energy efficiency and has led the ventilation industry since 1936 developing energy-saving landmark products. In 2009 Vent-Axia was a trailblazer with the launch of its energy efficient Lo-Carbon range of fans that were designed to lower carbon emissions. Ten years on Vent-Axia is now forging ahead with an R&D programme which will reduce waste and carbon emissions, once again proving itself as an industry frontrunner.

In the past manufacturers often recommended that faulty fans should be thrown away and replaced with new ones. Not only is this expensive when a fan has exceeded its warranty period, but a lot of unnecessary waste is sent to landfill.

Vent-Axia has therefore tackled this issue head on and has designed fans, such as the Lo-Carbon Revive and Lo-Carbon PoziDry Compact Pro Positive Input Ventilation (PIV) unit, which have individual modular components that can all be replaced separately, considerably reducing the amount of waste and lowering potential carbon emissions.

For instance, if the Lo-Carbon Revive develops a fault it’s likely that a new spare part can be easily ordered, thus avoiding having to pay for a completely new fan unit. This considerably reduces the amount of waste and requires less manufacturing so further reducing carbon emissions.

Meanwhile, Vent-Axia’s innovative new Lo-Carbon PoziDry Compact Pro is another modular product that has a removable inner cartridge making installation and maintenance a breeze. With all the critical components of the unit located on one central and easy to replace cartridge, repairs and replacement are made easy. 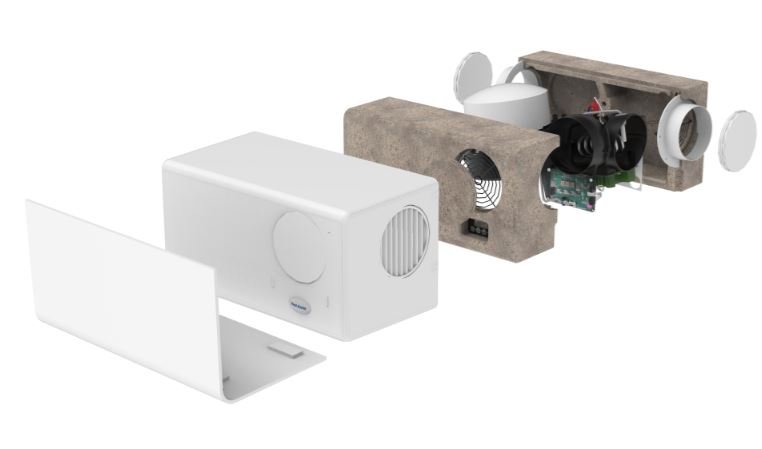 Installers simply unplug and remove the central cartridge, leaving the ductwork and back plate intact. By only replacing the inner cartridge there is less waste and less fuel for shipping, thus lowering the installation’s carbon footprint.

But it is not only newer products that are repairable. Vent-Axia has an established spares department which has a wide range of products available allowing fans to be repaired whenever possible, thus reducing waste and lowering carbon.

Vent-Axia has a history of reducing its carbon footprint including the company reshoring its domestic fan manufacturing, from China back to the UK, in January 2013. Vent-Axia’s commitment to British manufacturing has seen the company further investing in UK logistics which has helped lower the embodied energy of products by reducing carbon emissions. A reduction in international shipping and flights has resulted in a saving of up to 15 Tonnes of CO² a year.

And in 2016 Vent-Axia was recognised for its commitment to environmental excellence, achieving the ISO 14001 Environmental Management System certification for its Crawley manufacturing facilities. This internationally recognised standard demonstrates that it has an environmental management system in place to reduce waste and energy use, improve efficiency and meet all legal and regulatory environmental requirements.