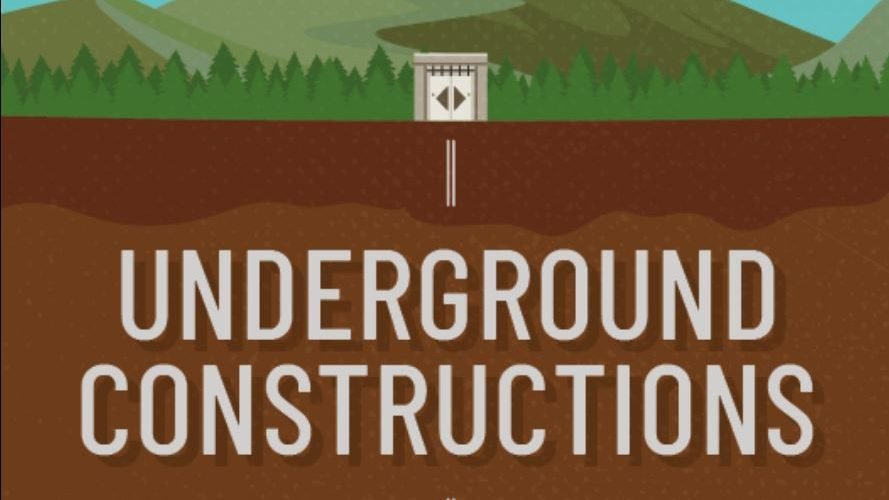 A hot topic in the construction industry today is whether building underground, rather than creating more above ground, is the way forward.

According to various reports, it’s not that we’re running out of space, a theory that has been greatly exaggerated in the past, it’s to do with two main factors, city density and the environment. We can keep building skyscrapers and expanding our cities, but we are already approaching the limit for how high we can build, and we don’t want to sacrifice any more of the natural world with expanding cities. So, the only logical move is downwards, but is it possible?

The simple answer, yes! In fact, there are some structures thousands of feet underground that are quite staggering that not many know about. Here’s a list of five of the most amazing underground constructions on, or should we say, in earth. 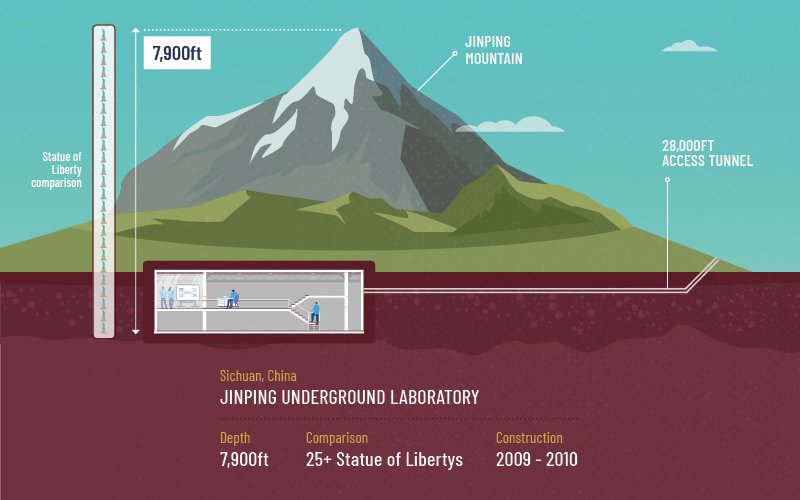 The first on our list is the Jinping Underground Laboratory. Famed for being the deepest building in the world, this lab is located nearly 8,000 feet within the 14,500 feet high Jinping mountains in Sichuan, China. Inside they research Dark Matter, a mysterious substance that’s thought to account for approximately 85% of the matter in the universe. Surprisingly, it only took around a year to construct, which is unbelievable when it’s as far down as seven Empire State Buildings stacked on top of each other.

The Gjøvik Olympic Cavern Hall is the largest underground auditorium and houses a multi-purpose venue that can be used for football, hockey, basketball, volleyball and tennis to name a few. Concerts, dining and events also take place here. It’s currently the home of local ice hockey team Gjøvik Hockey. Aside from the main venue hall, the underground building that took two years to build also has a swimming pool and a cafeteria, with the main auditorium able to hold over 5,000 spectators. 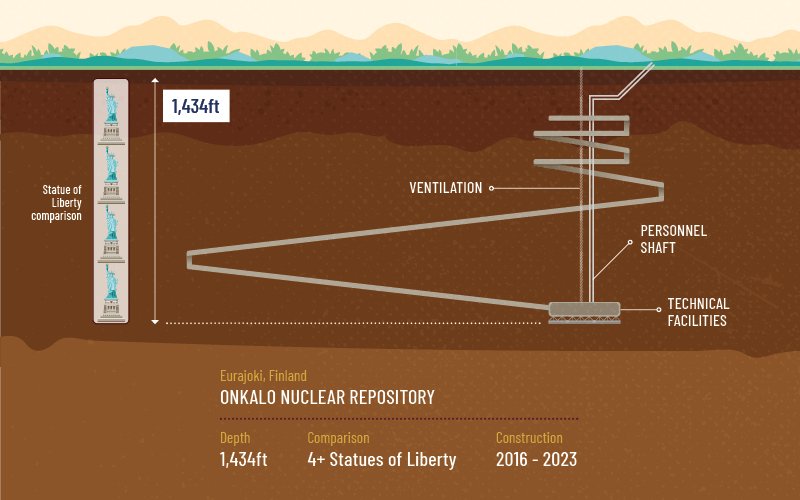 Have you ever wondered where spent nuclear fuel goes? Well, it cannot simply be thrown away or recycled due to its radioactive attributes that can last for an incredibly long time. As a result, spent nuclear fuel must be stored away in a secure location such as this place, called the Onkalo Nuclear Repository. Currently, under development, this nuclear repository sits over 1,400 feet underground in Eurajoki, Finland. Set to be constructed by 2023, once fully constructed, this will be the first specifically designed final disposal site of spent nuclear fuel. Areas of it will be sealed from 2020 onwards and will not be accessible by humans for about 100,000 years! 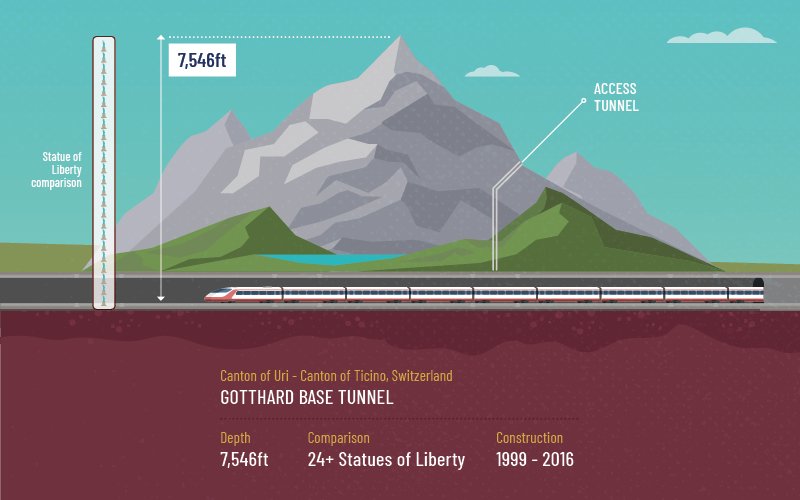 Tunnels nowadays aren’t really seen as being that amazing, until you discover the Gotthard Base Tunnel. This mega underground structure, which carves through the Swiss Alps, is not only the deepest tunnel in the world but the longest too. At its lowest point, the Gotthard Base Tunnel delves to over 7,500 feet underground, 1.5x deeper than the Grand Canyon. It has two tunnels, one for each direction that both measure a staggering 57km long, over 3km over the previous record holder, the Seikan Tunnel in Japan, and takes a full 20 minutes to get from one end to the other. 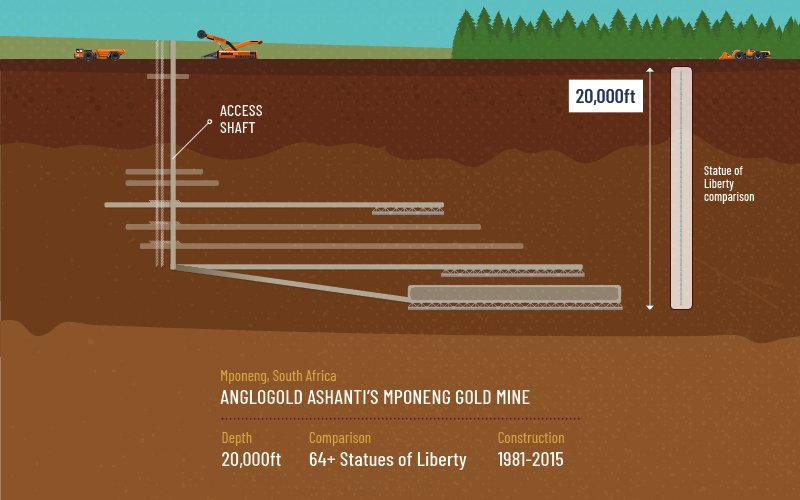 Similarly to tunnels, mines aren’t usually anything to get excited over, however, the Mponeng Gold Mine stands out over the rest. Not only because it is the deepest gold mine in the world at a colossal 20,000 feet (which is over 7x the height of the Burj Khalifa, the tallest building in the world) it also has people working down there! That’s right, 20,000 feet underground there are people mining away to find gold. And it’s not a few people either, there are 5,700 people working in 150F/65C temperatures with a constant threat of earthquakes and flooding too.

Article submitted by My Tool Shed.

Retreat to the Shed. A hub of inspiration for tool-lovers…

8 years ago, from a small home county village, came a big idea to bring together an extensive range of power and hand tools, accessories, hardware, workwear, consumables, security and more, to a new online platform.

Unlocking in excess of 30,000 products to a nation under one virtual roof, My Tool Shed is now the ‘one-stop-shop’ for many Trade Professionals and DIY enthusiasts.

Understanding who buys our tools and what it is you’re looking for from a tool supplier, is what keeps us on our toes!

We have built excellent relationships with top manufacturers such as DeWalt, Makita, Stanley etc. to give you the best deals, the biggest ranges and all the information you need to make an informed choice when shopping with us.

Our friendly customer services team are also ready to answer any queries, 5 days a week, to give you that extra peace of mind.

Recognised for our competitively low prices, excellent customer service and reliable delivery times, My Tool Shed has now become one of the fastest growing tool websites in the UK.