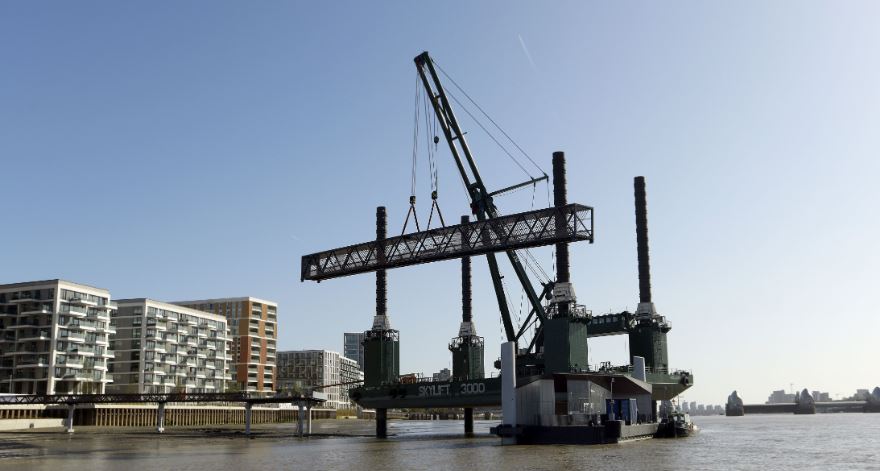 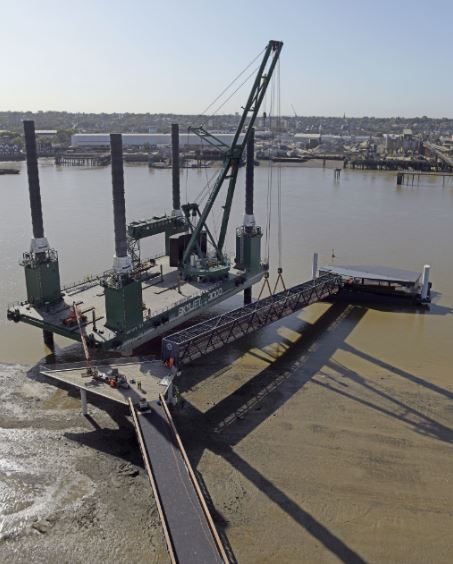 The highly-anticipated Royal Wharf Pier arrived in London yesterday in impressive fashion, as the canting brow, carried on a 65m x 60m boat and the pontoon, brought in by the Mts Viscount tug, were transported along the River Thames to the shores of the landmark Royal Wharf development.

Constructed offsite in Holland, the new pier travelled over 300 miles across the North Sea to reach its new home in London, where it will become London’s longest pier and the latest stop on the Thames Clippers service.

Developed by Ballymore & Oxley and designed by Nex-, the pier will also provide a large public space for Londoners, including a 162m2 viewing platform and 65m walkway.

Set to open to the public in October, the pier will provide locals, tourists and commuters with an alternative way to get in and out of central London, as the capital looks to diversify its transport infrastructure. 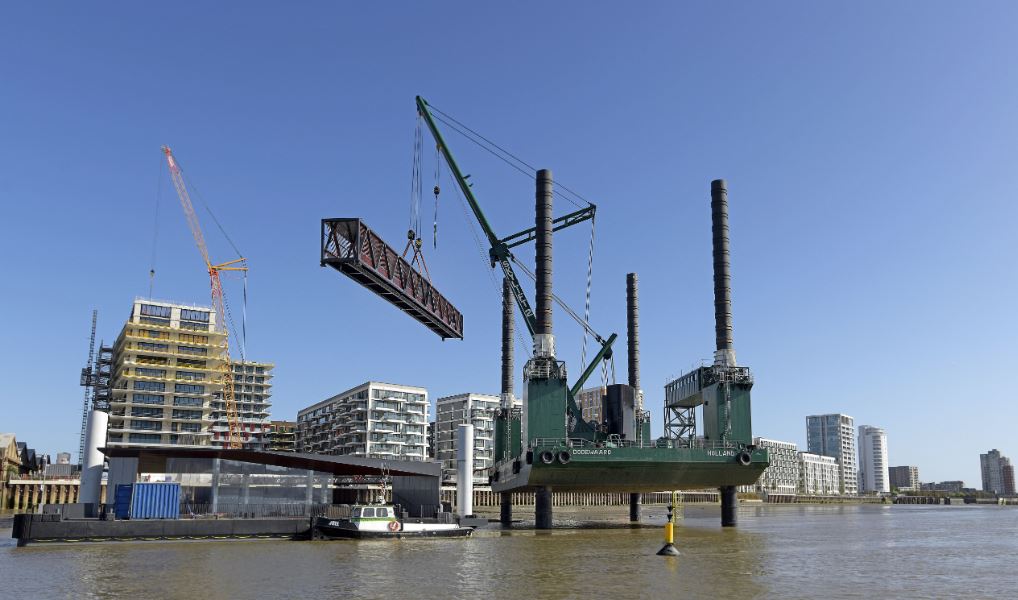 As London’s leading River Bus service, Thames Clippers provides the fastest and most frequent fleet on the river. According to the latest phase of the University of Greenwich wellness research conducted in June 2019, Londoners who commute by boat are still the happiest and most relaxed commuters. 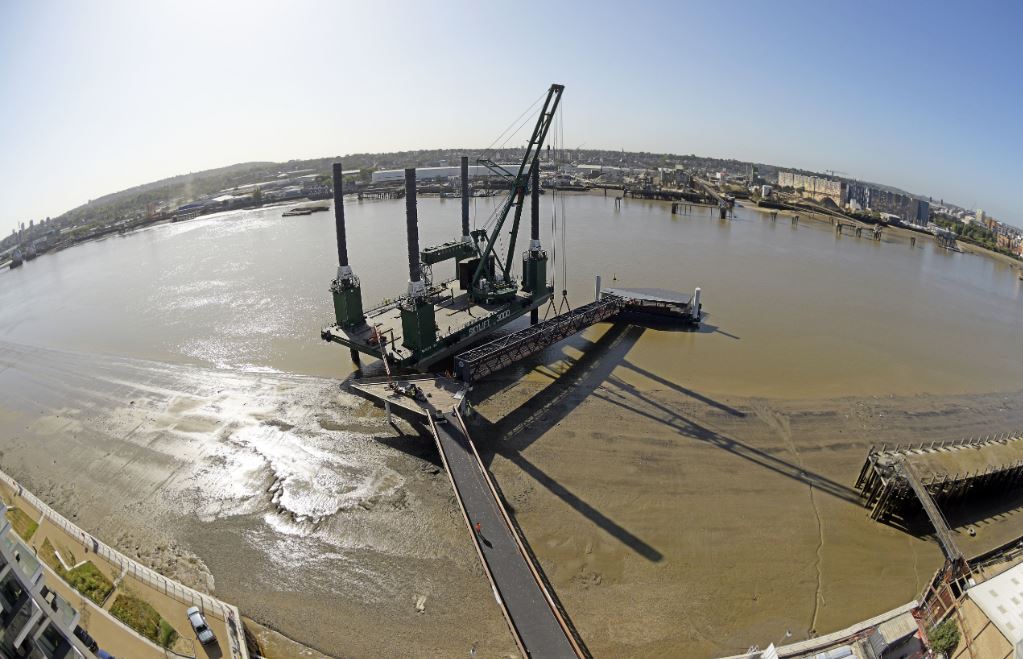 Royal Wharf Pier is part of the Royal Wharf development by Ballymore and Oxley. This new neighbourhood for London will comprise 3,385 riverside properties, housing around 10,000 residents and stands within the £3.5bn Royal Docks regeneration area. 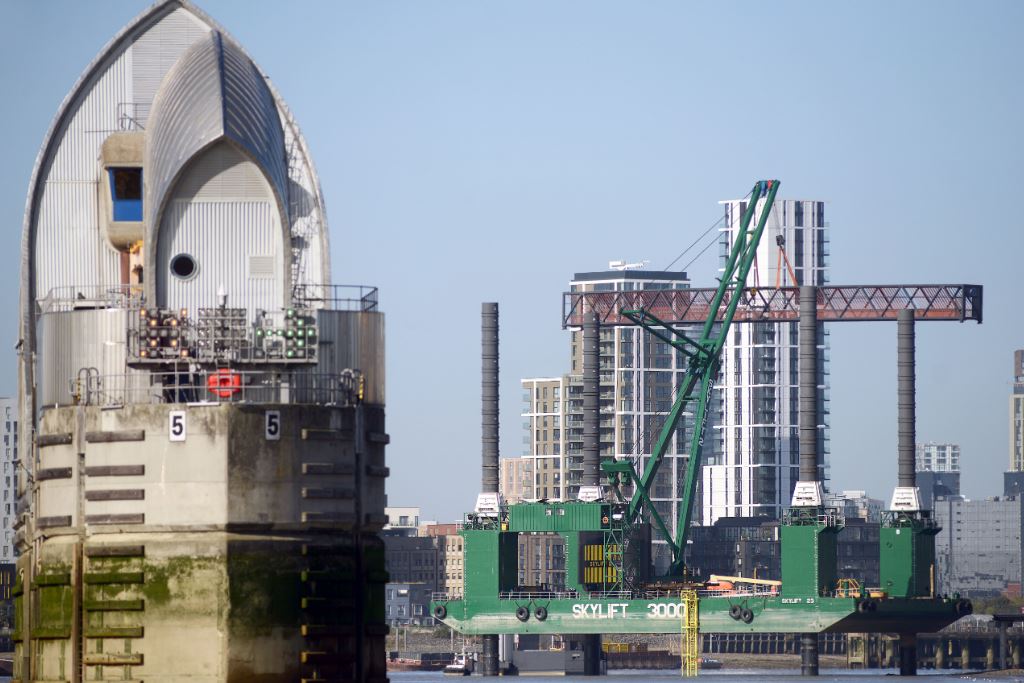 Its townhouses, duplexes, apartments and suites are inspired by the classical heritage of London’s great squares and neighbourhoods and are focused around Sovereign Place – a new market square filled with shops, restaurants, bars and cafes. 45% of the 40-acre development is devoted to outside space, including a 500m riverfront promenade.