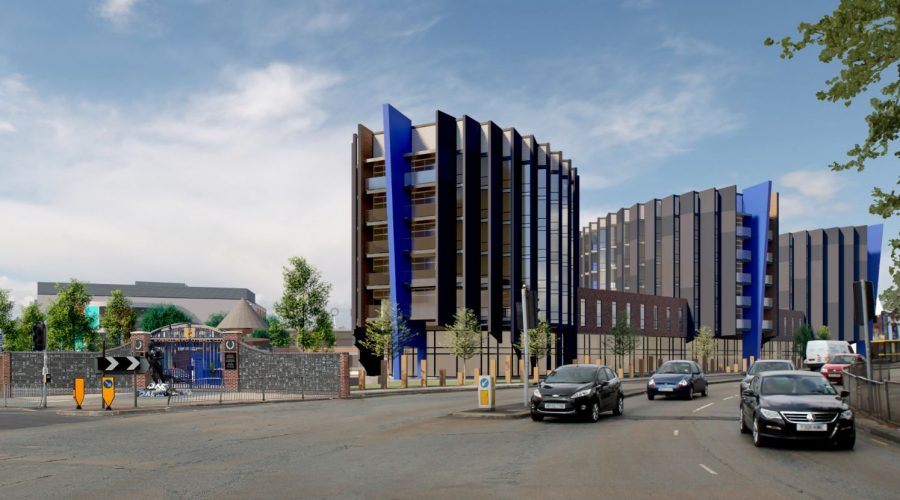 The outline plans would see Everton’s current home redeveloped to provide a range of community assets in Liverpool 4 after the Club has moved to a new 52,888 capacity stadium at Bramley-Moore Dock.

The Goodison Park Legacy Project, which allows the Club to build on the life-changing and life-saving work of its official charity Everton in the Community, could include high quality and affordable housing, a multi-purpose health centre, community-led retail spaces, a youth enterprise zone, office and business facilities and green space which could include a lasting tribute to the Club’s achievements at Goodison Park. 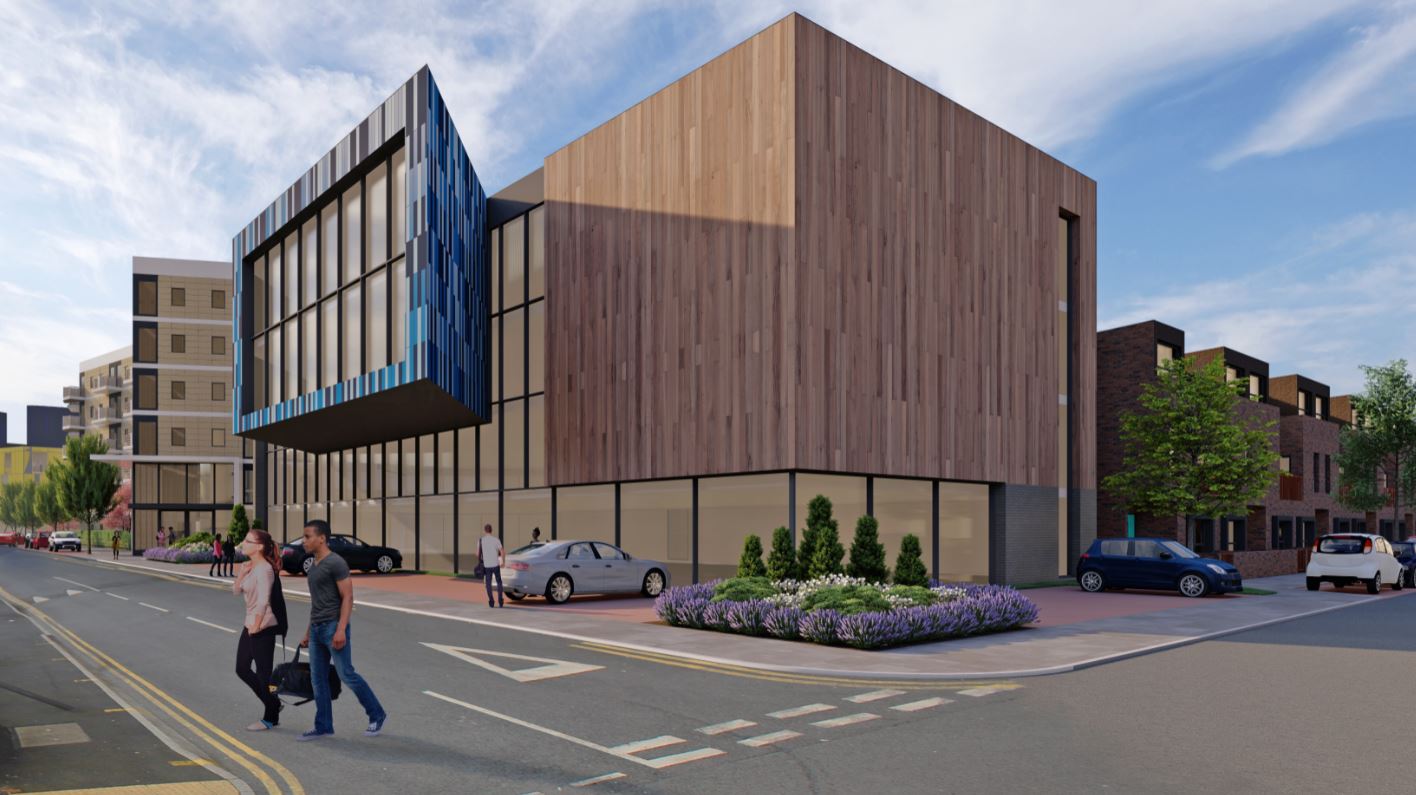 Both schemes, a legacy development at Goodison Park and a new stadium at Bramley-Moore Dock, make up The People’s Project and would have a transformational impact on North Liverpool, Liverpool City Region and the Northern Powerhouse as well as deliver a series of benefits that will be vital to the city’s socio-economic recovery following the Coronavirus pandemic.

Combined, both developments would help kick-start the regeneration of the northern docklands, contribute a £1bn boost to the city region’s economy, create up to 15,000 jobs, attract 1.4m visitors to the city each year and deliver an additional £237m of societal value.

The planning milestone comes after the Club submitted a detailed planning application for a new stadium at Bramley-Moore Dock in December 2019, with both applications due to be determined this summer.

“Everton is a football club deeply rooted in its community and the Goodison Park Legacy Project is a symbol of our ambition, desire and commitment to Liverpool 4.

“We’ve been delighted by the support of the local community to our plans and the acknowledgement that we are creating facilities to empower and equip local people for generations to come.

“This project at Goodison Park is as ambitious as our new stadium development at Bramley-Moore Dock and will build on the £10m investment in buildings already made by the Club and Everton in the Community in Liverpool 4 over the last five years.”

The outline application states that the scheme could include a Health Zone with a multi-purpose health and well-being centre; an Education Zone which could allow for the expansion of the Everton Free School or a new facility for adults, with the potential to also to build a new children’s centre for community use; community/green space, including the potential use of the current centre circle as a lasting reminder of Goodison Park’s footballing legacy; and a mix of up to 173 houses and apartments. 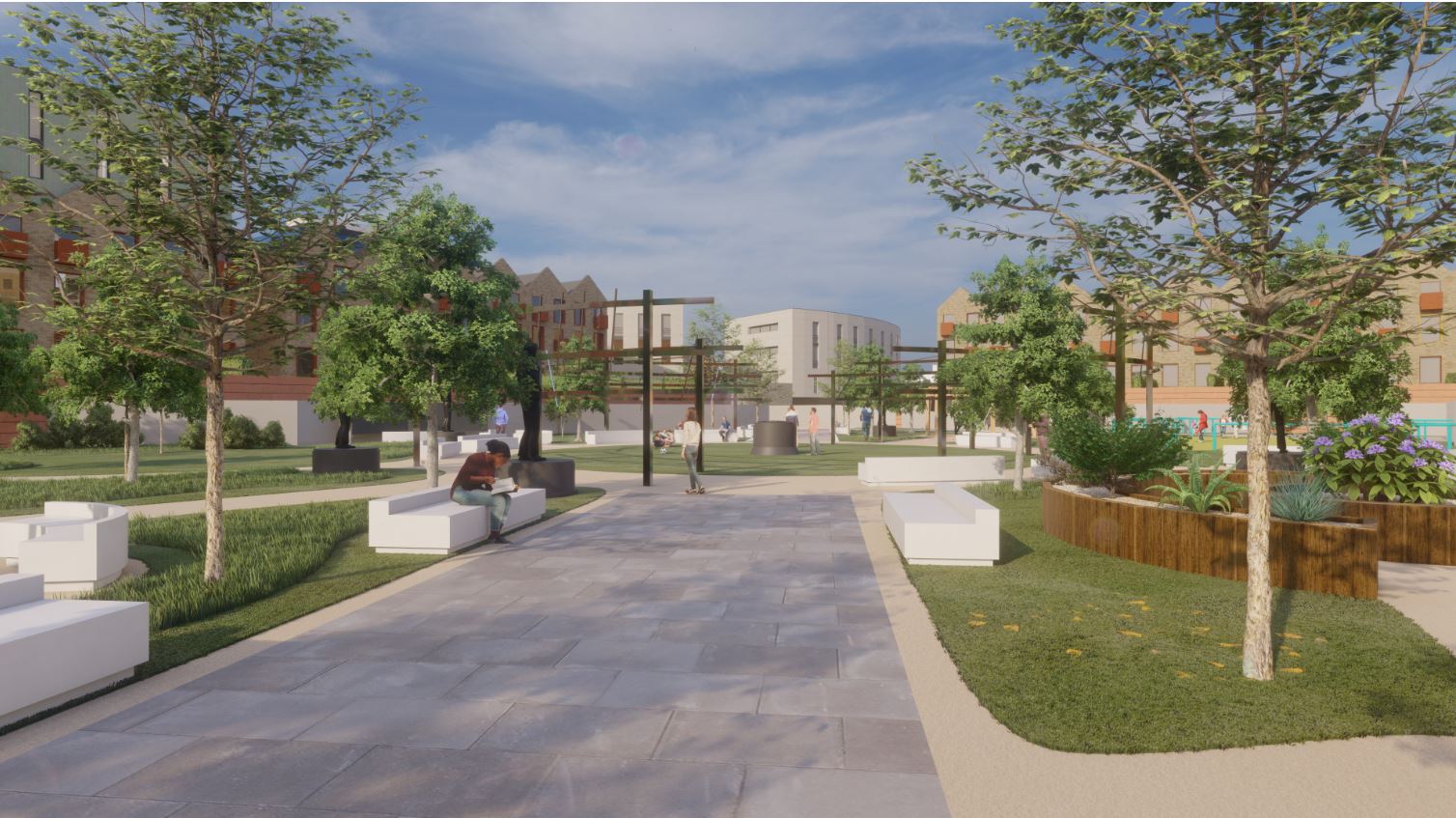 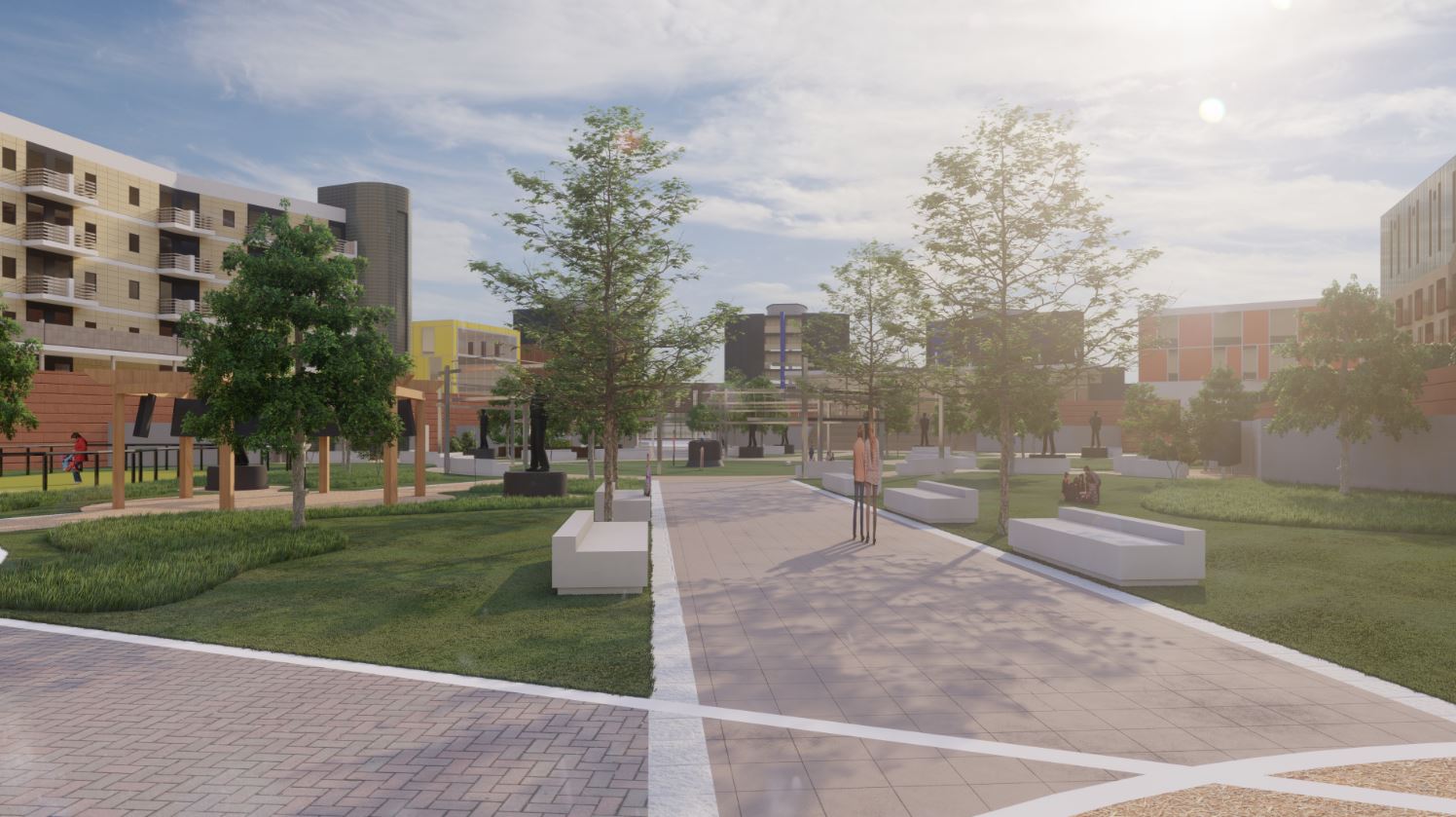 The outline plans also include spaces for community-led retail, food and drink outlets and around 4,700 sq m of office space, aimed at encouraging local start-ups and young entrepreneurs while space will also be occupied by the further growth of Everton in the Community.

The redevelopment could also include a Youth Enterprise Zone to encourage business start-ups. Accommodation and care facilities for people with a range of needs – from assisted living for elderly to intensive residential care for people with dementia and other illnesses – could also be provided within the development. 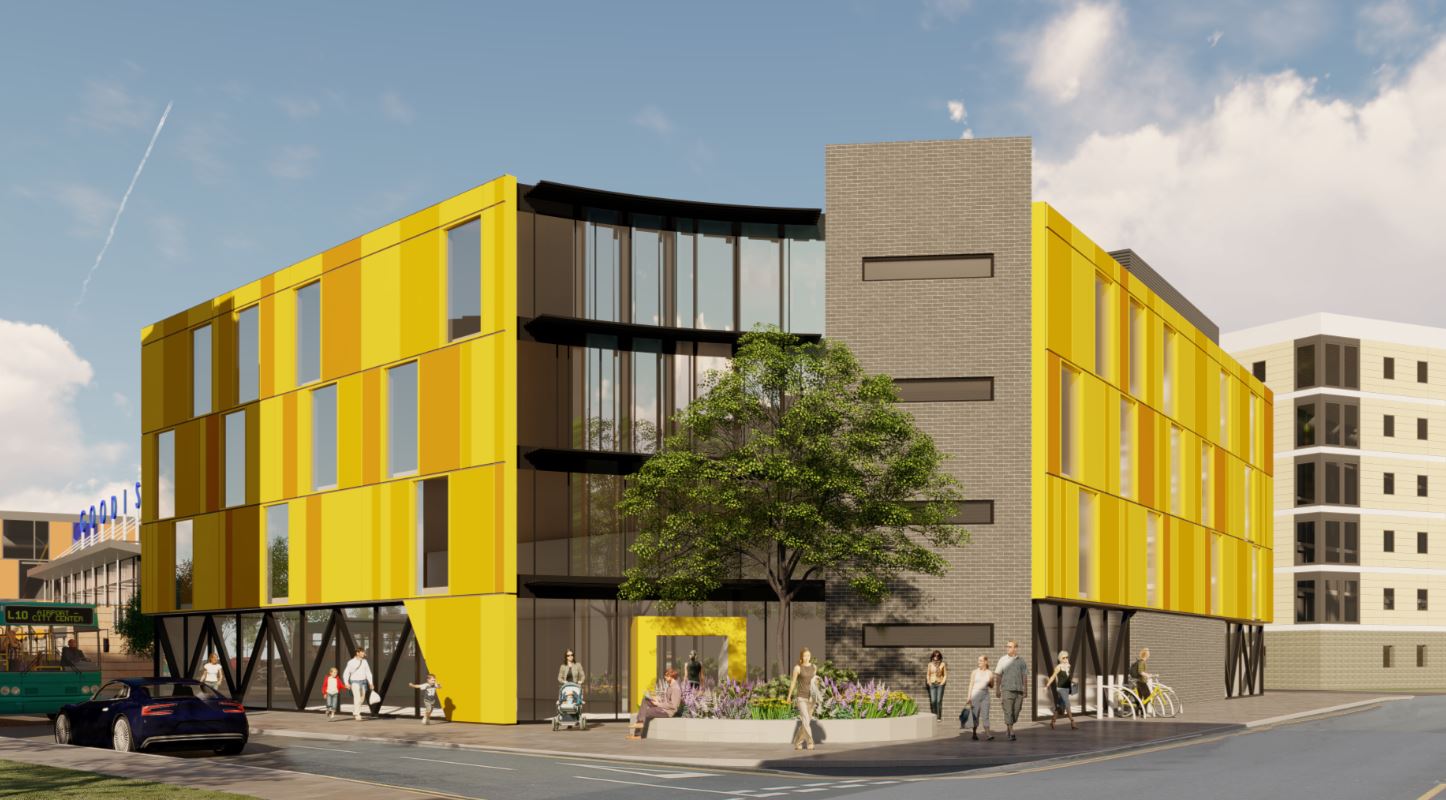 Local residents have helped shaped the Club’s plans through a number of Liverpool 4 specific focus group and drop-in sessions. The project has received the overwhelming support of the Liverpool City Region which included more than 63,000 responses across two stages of formal public consultation.

The second consultation, held in the summer of 2019, generated more than 43,000 responses, with 96 per cent of respondents saying they wanted The People’s Project to progress.

The results also showed near universal support (92 per cent) for the outline design and layout of the redevelopment of Goodison Park.

“These plans are being submitted as an ‘outline planning application’ to seek permission for this development based on its maximum size, scale and potential uses. The Club, working alongside the local community, will refine the exact offer as we get closer to the build stage, ensuring that it will be completely fit for purpose, and is supported by and meets the needs of the people it will serve.

“Once the designs and plans for all the different parts of the site are finalised, further planning applications, known as ‘Reserved Matters’ submissions, will be lodged with Liverpool City Council. Redevelopment of the Goodison Park site can only commence once Everton has moved to a new stadium at Bramley-Moore Dock.” 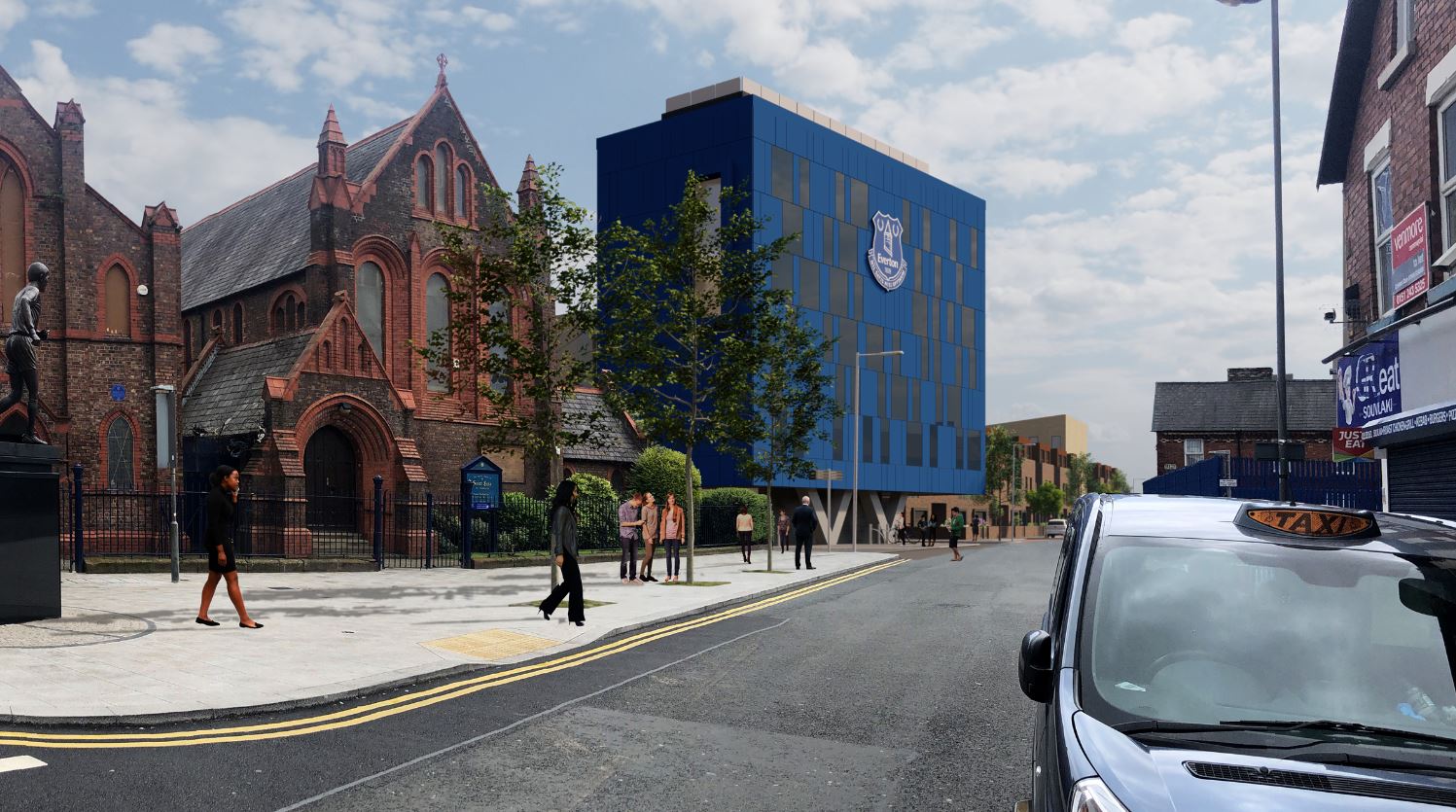 The Club will continue to work alongside local residents and delivery partners to refine the design and exact uses of possible buildings. The redevelopment, and future maintenance of the Goodison Park site, will be overseen by a Management Group.

Everton has been advised by CBRE’s UK Planning and Development Team for both the Legacy Project and new stadium plans. Condy Lofthouse are the architects for the Goodison Park Legacy Project.

A unique opportunity for the city

The People’s Project is about much more than simply building a new football stadium. It is a unique opportunity which will fast-forward the regeneration of the northern end of the city’s former docks and create new community facilities at Goodison Park.

Together, these two parts of the project will deliver significant economic growth for the city while building on the strong community foundations the Club has cultivated over many decades.

This is a catalyst project which will deliver: