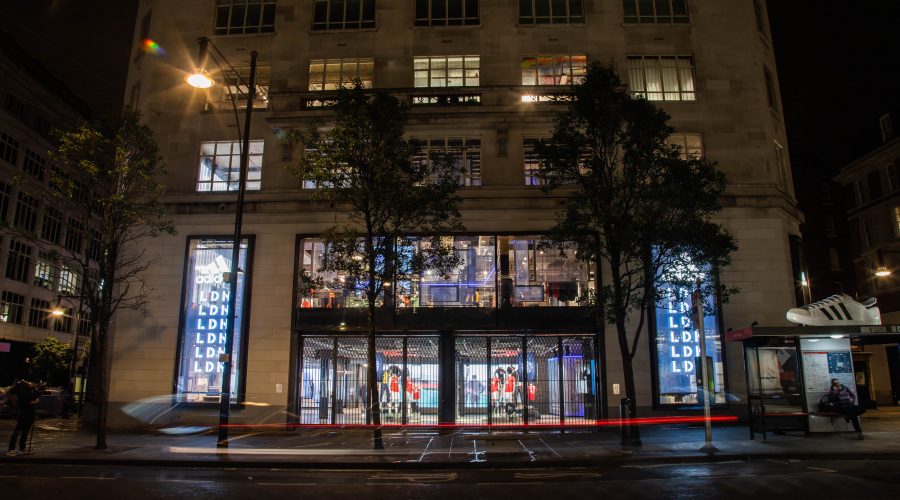 Perega continues to demonstrate its structural engineering expertise in the retail sector, providing expert consultancy to Adidas for their latest UK outlet: an ultra-immersive store on London’s bustling Oxford Street.

When it came to the design and build of its new West End outlet, which received a coveted accolade at the World Retail Awards, global fashion brand Adidas knew it needed to deliver a shopping experience with a difference.

Known for its instantly recognisable logo and Three Stripe trademark, they wanted the store to be as bold as the brand identity; visually striking, and enticing, a space that would stand out from the fierce competition in the surrounding area.

In development for over three years, Perega was involved in the ambitious five-storey project from the very beginning, before the landlord began converting the building’s shell structure from office to retail. 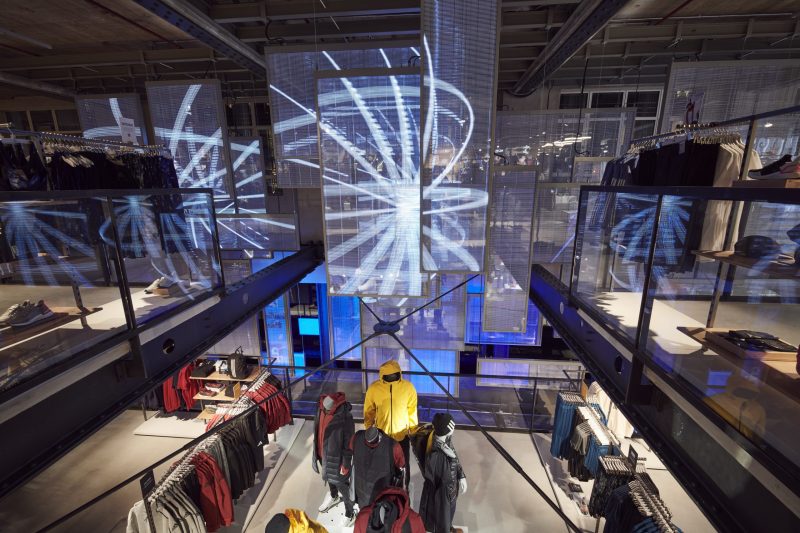 This long involvement allowed the appointed team of engineers to influence the shell works, adding value to the client through ensuring the floor plate, and three-storey entrance atrium was to Adidas’s requirements.

Another important task during the early stages was the design and planning of the store’s scenic lift and the main staircase, which would cantilever from and wrap seamlessly around the central lift shaft.

This work tested Perega’s engineers to their limits. It was made more challenging as it had to be completed during the landlord’s shell works before any other design elements were fully developed. 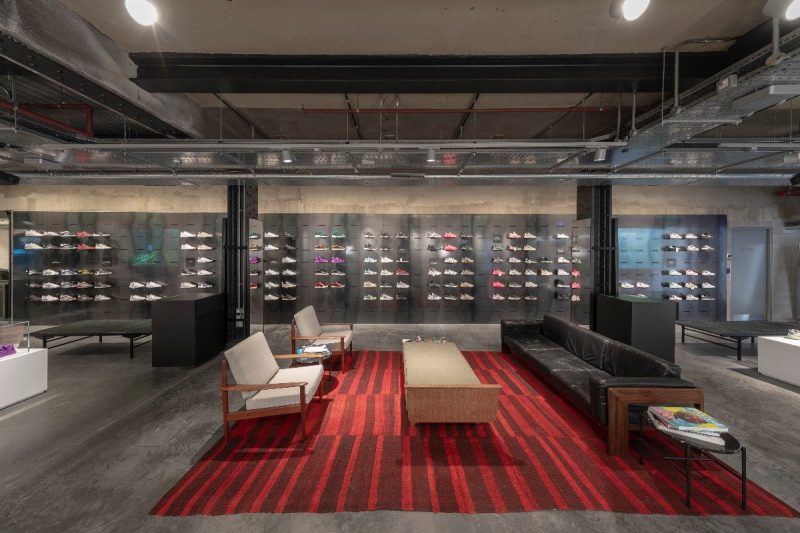 Adidas wanted to create the most digital retail outlet in the UK, with smart mirrors, iPad consoles, and immersive audio-visual installations. As part of the project, Perega also helped deliver unobtrusive, yet robust, supports for these numerous digital display features.

The larger of these items were hung and the solutions we developed had to be aesthetically pleasing or hidden. This included the support for the store’s impressive ‘digital chandelier’ and transparent display screens hung in the façade’s double-height ground floor windows.

Challenges were faced early on in the fit-out design, especially regarding the load-bearing capabilities of the structure, which was inadequate to lay screed on. Working closely with the main contractor, Powells, an alternate lightweight solution was proposed to allow work to go ahead with minimal delay. 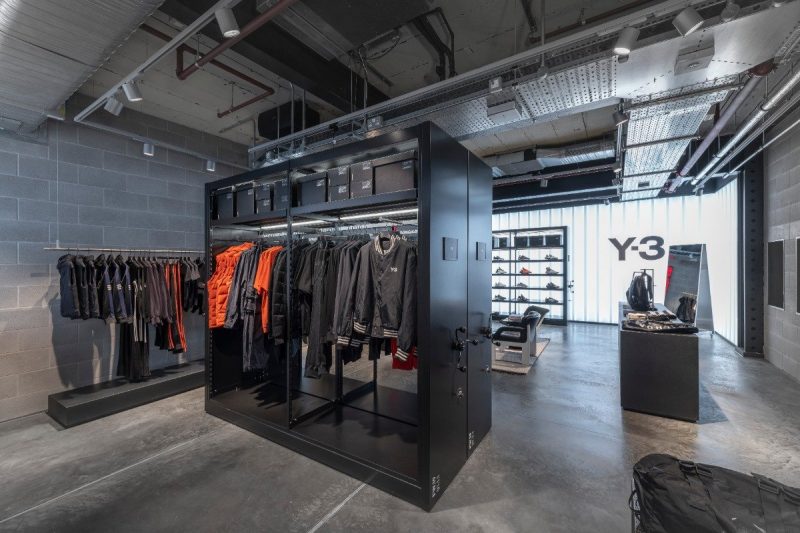 The client wanted exposed concrete blockwork walls within the store, to achieve a gritty, urban style. However, the same issue faced with the screed occurred once more; fundamentally, the structure was inadequate to support this weight. Instead, block slips were glued to stud walls, reducing the weight but maintaining the same desired aesthetic.

The overall result speaks for itself, and through Perega’s unrivalled problem-solving abilities, the team was able to deliver robust structures and systems according to Adidas’s overall brief, without any compromise on aesthetics.

Commenting on the project, Perega’s Senior engineer, Sam Coleman, said, “Our work on Adidas’s new Oxford Street store is a great example of collaboration throughout the construction journey. The client’s design team had ambitious ideas for the space, and we helped them to realise their vision within the boundaries of what’s possible. I particularly enjoyed the open dialogue we maintained on the project. A healthy and structured process of analysis, reflection, and mutual compromise meant we were able to overcome challenges and create a unique, structurally safe interior, which will appeal to customers and influence purchasing decisions.” 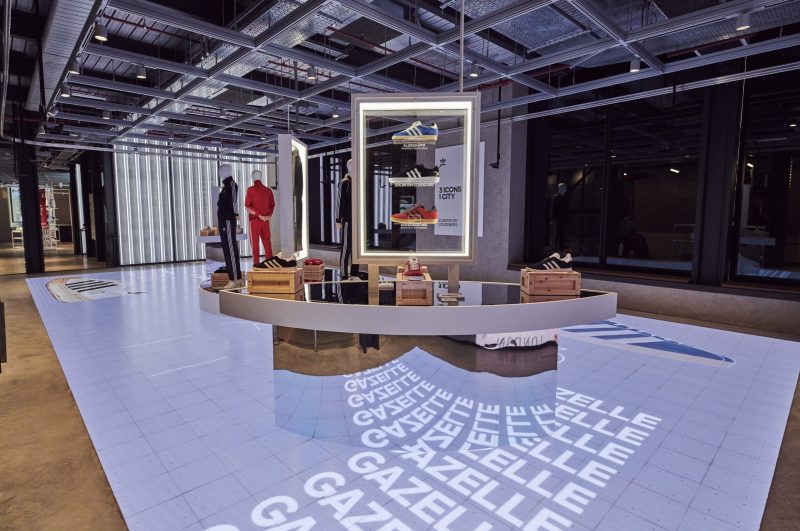 He continues, “I have a deep respect and admiration for Adidas’s design team whose creativity is unmatched. The scope and the scale of the project is breathtaking, and this has been borne out with the recent win of a highly coveted World Retail Award for Outstanding Store Design. We look forward to working with the brand again in the near future.”

Throughout the Adidas Oxford Street project, Perega worked closely with other members of the design team, including Mace, Powells, DB3 Architecture, Brinkworth Design, and Quadrant Design.

To find out more about Perega’s work in the retail sector, visit https://perega.co.uk/sectors/retail/

Perega is an employee-owned UK structural and civil engineering practice. Headquartered in Guildford, Perega’s works dynamically with its clients across a wide range of sectors, notably healthcare, education and retail.