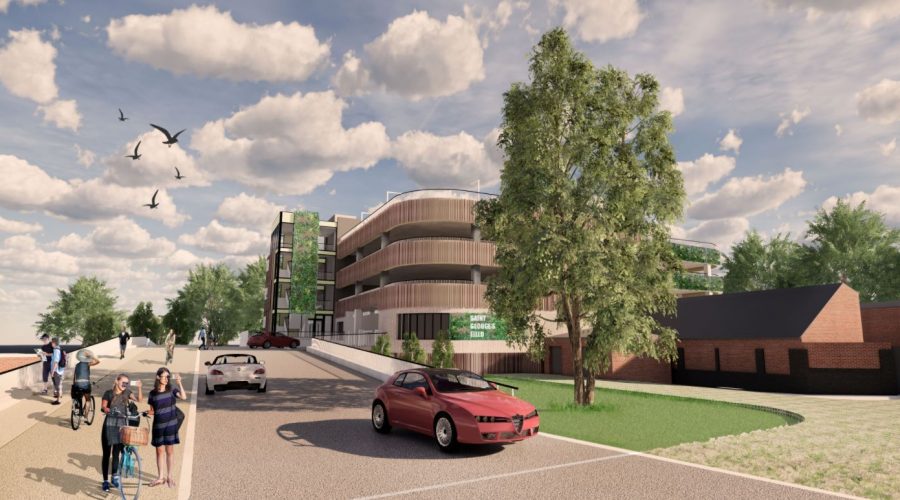 Approval was given to BDP’s plans for the development of Castle Mills for mixed-use apartment and commercial buildings on the River Foss and an innovative multi-storey car park on St George’s Field, close to the River Ouse.

The council granted planning consent for the development at Castle Mills, a brownfield site facing York Castle, comprising 106 apartments, ground floor commercial space, a new bridge for pedestrians and cyclists across the River Foss and an area of public realm around the base of the Castle walls. 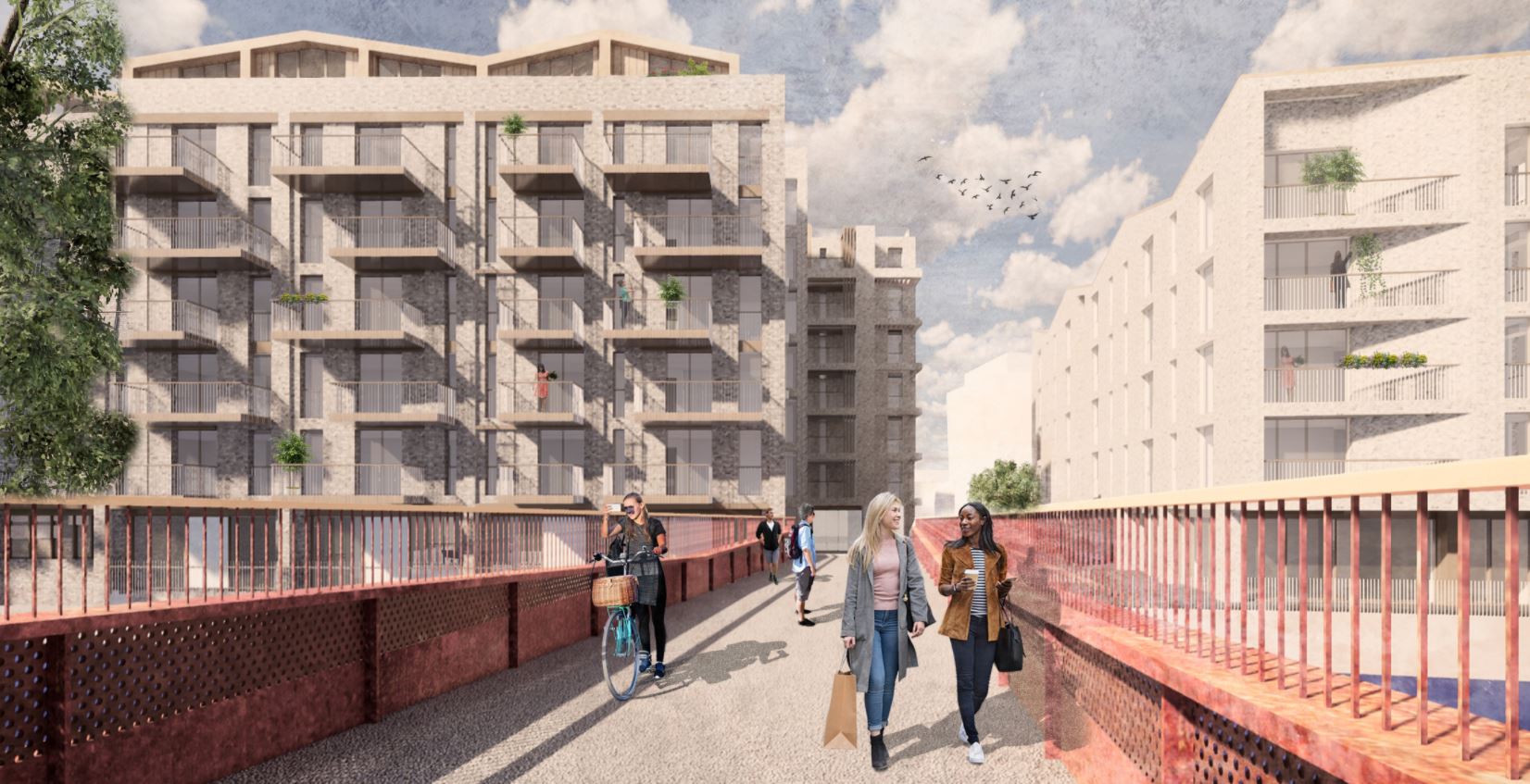 This was followed by approval of BDP’s designs for the new multi-storey car park on St George’s Field – a building designed to respond to significant environmental and heritage related challenges. The site sits in the active flood plain of the River Ouse and within the setting of York Castle and St George’s Templar Chapel, which are both scheduled ancient monuments. Vehicular access is via the first floor of the car park, meaning that the ground floor of the building can be closed safely in the event of a flood. The adjoining flood wall will also be raised as part of a wider project by the Environment Agency. Once complete, 80% of the car park, will remain accessible and useable if the site floods in the future.

The BDP team produced flood risk assessments for both developments which informed the design of flood resilient landscaping, along with civil and structural solutions. For example, flood water storage tanks will be buried into newly landscaped river banks that will include a floating planting bed system to maintain and increase habitats for local wildlife. The new bridge is also designed so that its soffit will be above flood water levels, with allowances for climate change.

Both developments will enable the relocation of car parking away from Clifford’s Tower and the Eye of York, so that this key historic and civic space can be given a new lease of life, for the benefit of residents and visitors alike.

Francis Glare, BDP Principal and Urbanism lead from BDP, explains: “The successful outcome of the planning applications for the Castle Mills and St George’s Field developments demonstrates the value of properly engaging stakeholders in a masterplanning process to establish a shared vision and long term plan for the Castle Gateway area.

“The agreed framework provided a context for making sound planning decisions on sensitive historic sites, understanding the public and heritage benefits that will follow as the developments are completed. The focus for the regeneration of Castle Gateway has shifted towards public realm investment, which will encourage more people-based activities, local engagement and business investment in and around York Castle.”

Steve Marshall, Architect Director from BDP, added: “York is an outstandingly beautiful city. Throughout the process, we were mindful of our responsibility to respect the character and heritage of the area and enhance the overall environment for local people. We worked collaboratively with the City of York Council, consultees and the My Castle Gateway team to develop proposals which addressed a long and wide-ranging list of aspirations and objectives, while meeting the challenges of both sites, using innovative and high quality design solutions.

“We look forward to the next stages in the process of delivering these projects as they will ultimately lead to the creation of world class public realm around one of the country’s most significant historic monuments.”

Andy Kerr, Head of Regeneration Programmes at City of York Council, commented: “BDP has brought significant skill, insight and tenacity to the regeneration of the Castle Gateway. The design team committed to the council’s pioneering new form of public engagement through the My Castle Gateway project and proactively involved and understood the needs and desires of the huge number of stakeholders invested in the area.

“From the project’s inception BDP was able to understand the city and its people, and articulate the area’s heritage in to a universally popular masterplan following decades of failed schemes and proposals. The team was then able to help us realise this masterplan by finding creative solutions for challenging development sites that had major constraints. We are looking forward to working with BDP to deliver the construction phases, and to design the world class public realm which will replace Castle Car Park.”

BDP is now progressing proposals for the improvement of the public realm around Clifford’s Tower – one of York’s best known landmarks and the next step in realising the Castle Gateway vision.

BDP is an international interdisciplinary practice of architects, engineers, designers and urbanists. We work closely with users, clients and the community to create special places for living, working, shopping, culture and learning across the world. Founded in 1961, we now have studios across the UK, Ireland, Netherlands, UAE, India, China, Singapore and Canada. BDP has a leading track record in all major sectors including health, education, workplace, retail, urbanism, heritage, housing, transport and leisure and has won over 1000 awards for design quality.

In March 2016, BDP combined forces with Japan’s leading engineering practice Nippon Koei to form an integrated design group of genuine international reach. Sharing a philosophy which places an emphasis on design integration and community impact, the new group offers a unique combination of deep technical skills in engineering, architecture and the full range of design disciplines.