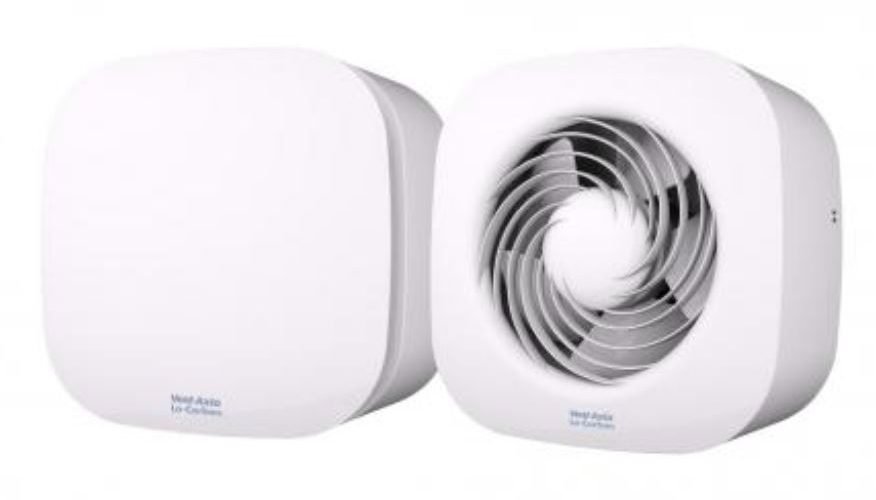 The fans were installed as part of an extensive renovation of a social housing property to alleviate condensation and mould issues. Yet the problems persisted. Thanks to the fans’ datalogging ability, it has been proven that the fans have been tampered with by the resident. This data is proving crucial in protecting the landlord from being prosecuted.

Vent-Axia was contacted by a Social Housing landlord to survey a property which has been taken to disrepair by the resident due to condensation and mould complaints. This property’s old extract ventilation in the kitchen and bathroom had both been upgraded to the award-winning Lo-Carbon Revive 7 fan to tackle the condensation and mould issue. When onsite, the Vent-Axia surveyor noted excessive condensation and mould in both the bathroom and kitchen and so checked both ventilation units using its unique lock system and datalogging capabilities. They discovered that, even though the units had been installed over a year ago, they had only been turned on for 12 days in total each. Without this datalogging capability, the landlord could have faced court action from the resident for failing to provide a habitable home. However, armed with this information the landlord can now prove that they are not at fault.

“Condensation and mould can be a major issue but, with effective ventilation, it can be successfully tackled. However, if this ventilation is turned off or tampered with, it cannot do its job. Residents often turn off a fan due to the perceived costs of running a fan when, in fact, it costs just as little as 3p per week to run a Revive fan”, explains Pete White, Vent-Axia’s Social Housing Director (North). “In this case, the landlord had chosen our Revive 7 fan thanks to its datalogging capability to help ensure that their housing stock was protected. It goes to show that, in the face of the Homes (Fitness for Human Habitation) Act, providing residents with the best products and solutions to help tackle condensation and mould issues is not always enough.”

The Lo-Carbon Revive is a high-pressure hybrid impellor fan designed to meet the specific needs of social housing. Boasting powerful, quiet, efficient ventilation, Revive provides good indoor air quality and comfort for residents while being quick and easy to install, low maintenance and reliable. Highly versatile, the Revive offers a choice of run speeds for multiple installation options and can be ducted or through the wall, making specification easy. Plus Revive is low maintenance since its market-leading Multi-Vortex™ technology combined with a high-pressure hybrid impellor and highly sculpted interior actively repels dust, avoiding clogging, thus helping to avoid call backs. Revive also boasts reliability backed by up to seven years’ warranty.

Revive’s Smart Sense™ technology also provides real-time data via an intuitive interface to communicate the fan’s energy efficiency so landlords can reassure residents of the low-running costs. Meanwhile, it features an ambient response humidistat to avoid nuisance tripping, thus increasing resident acceptability. Smart Sense™ also allows multiple configurations so the fan can be commissioned to meet the needs of the property and the resident.

Revive also features a Day Logger which tracks how many days a fan has been running to ensure it is used as intended. Landlords can also use the Day Logger to track energy use and see how many days a fan has been on humidity boost mode, pull cord boost mode, or trickle. This information can help build a profile of resident activity and aids landlords in investigating humidity problems. This allows landlords to work with residents to ensure a healthy indoor environment.