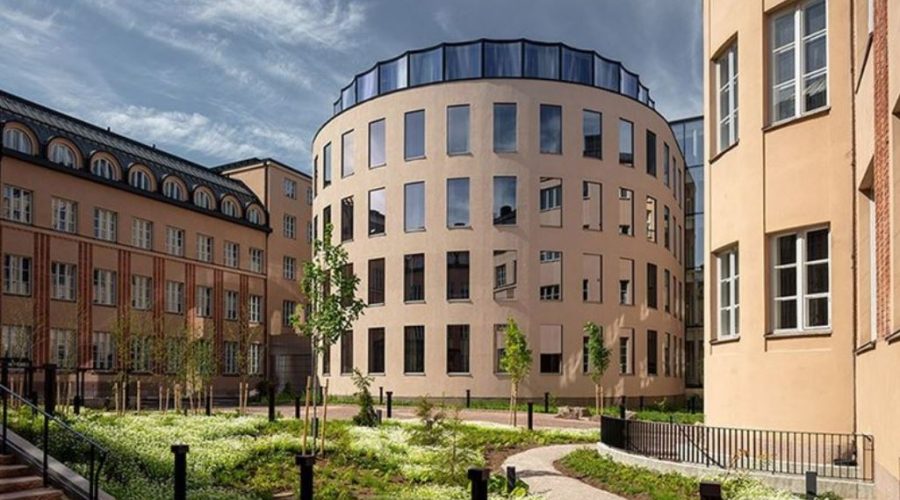 The Helsinki Central Railway Station, and its administrative buildings, are amongst Eliel Saarinen’s most important achievements in Finland and a masterpiece of Finnish art nouveau.

The building, completed in 1919, has been listed amongst the most beautiful railway stations in the world and one of the most visited architecture destinations in Finland. Only a few years after the railway station was completed, Saarinen won second prize in the competition to design the Chicago Tribune skyscraper and thereafter moved permanently to the United States. Later his son, Eero Saarinen, continued the family´s triumph of iconic terminal buildings by designing JFK airport’s TWA Flight Center (Terminal 5) in 1962.

Scandic Grand Central Helsinki is located in the old administrative buildings of the Helsinki Central railway station. With its 500 rooms together with meeting and banquet facilities, Scandic Grand Central is among the largest hotels in Finland and true to its its late Art Nouveau roots. The project consisted of the restoration and adaptive reuse of administrative buildings and the contemporary addition that completes the stations north

”The vision of the new design is to create a contemporary hotel experience while taking care of one of the most highly valued pieces of architecture” says architect Aleksi Niemeläinen from Futudesign. ”By interpreting Eliel Saarinen’s architecture boldly from a totally new perspective, the idea was to create contemporary architecture that makes both the old and the new elements interesting.” The new plan honours the logic of the original station: for example, the layout of the new building follows Eliel Saarinen’s principle of an indented façade and leaves the ends of the original building in plain sight.

Many design details are inspired by Eliel Saarinen’s original plans and applied to modern features such as street level and top floor arch windows. The wall materials imitate the Railway Station’s facade with a mix of concrete and red granite to add to the building’s grand appearance.

Saarinen himself might not have minded the repurposing of the administrative parts of the building, because back in 1918, he already had a masterplan for Helsinki’s city center. In this plan, Saarinen proposed moving the railway station two kilometers to the north, and outlined the growth of Helsinki on a European level as a metropolis with boulevards and monumental buildings. The plan was never realized and the railway station quickly became an iconic symbol for the whole of Helsinki. The restoration of the administrative buildings was done by Architects Soini & Horto in collaboration with the Finnish Heritage Agency. The old corridors, staircases and the original still remaining furniture were carefully restored. ”You can really feel Saarinen´s spirit at Scandic Grand Central Helsinki. There are still layers of different eras visible, as well as surprising details. It is an inspiring travel destination for history and architecture lovers”, Aleksi Niemeläinen from Futudesign says. 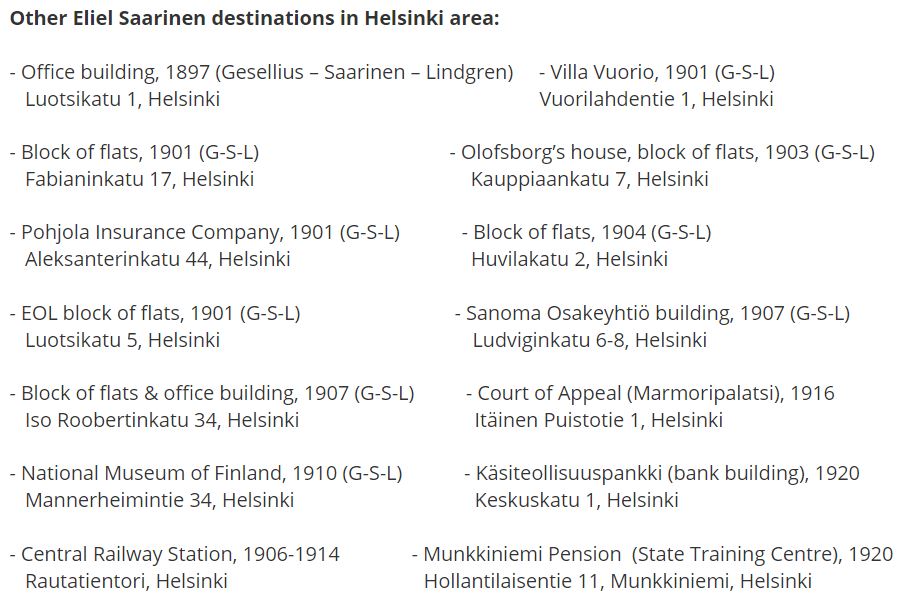 Eliel Saarinen was one of the most important architects and urban planners to have originated from Finland, and was known for his work with art nouveau buildings in the early years of the 20th century. He was also the father of famous Finnish-American architect and industrial designer Eero Saarinen. From 1896 to 1905 Eliel Saarinen worked as a partner with Herman Gesellius and Armas Lindgren at the firm Gesellius, Lindgren, Saarinen. In Finland, his most important works includes the Helsinki Central railway station, National Museum and his own studio villa, Hvitträsk, which is nowadays serving as a museum. Saarinen moved to the USA after winning second prize in the competition to design the Chicago Tribune skyscraper in 1922. In the USA he designed several important buildings, including the campus of Cranbrook Educational Community, where he also taught and became president in 1932. Eliel received the AIA Gold Medal in 1947.

Futudesign is a leading Finnish architecture office founded in 2012. Since then, its diverse team of architects, interior architects and designers have completed numerous artistically ambitious projects for a wide range of clients. Futudesign always builds a holistic brand experience through design – from the smallest details to large building complexes. Futudesign’s extensive expertise has come to life in award-winning hotels, restaurants, bars, corporate headquarters, retail spaces and museums – bold concepts that evolve into phenomena.