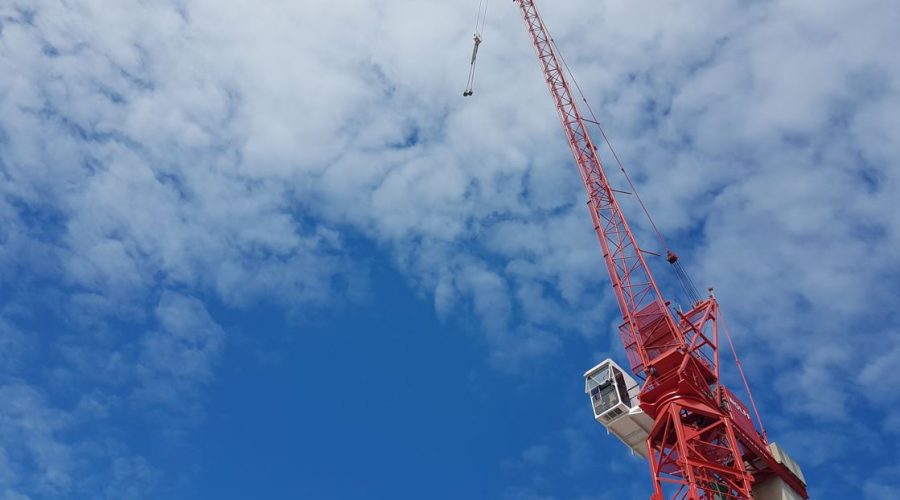 At the tail end of 2019, the UK government announced its drive towards zero carbon buildings as part of its larger strategy to becoming carbon neutral. Launched as the Future Homes Standard Consultation, including actions such as the banning of fossil fuel boilers in new homes, this ambitious strategy aims to cut carbon emissions by 80% compared to current standards by 2025. A significant part of reaching this goal will require new-build homes to be future-proofed with low carbon heating and world-leading levels of energy efficiency.

This consultation is aimed at a range of individuals and professionals within the built environment and beyond, including, property developers and builders, property owners and occupiers, construction industry professionals, manufacturers and suppliers of construction materials, environmental organisations, local authorities and other building control bodies. Each will have a role to play in achieving these demands.

The first stage of the consultation was due to come into force at the end of last year, however, this was quickly halted by the impact of the Covid-19 pandemic to the implementation process. Instead, the consultation document is set to be released later this year, beginning with the changes to Part L of the Building Regulations to get the wheels in motion.

What do these changes mean for developers?

Under current regulations, developers that have a site with a large volume of houses are able to avoid having to adhere to new changes in regulations through transitional arrangements. This means that as long as they build within the period of approval after regulation changes, all houses on that site are locked into the regulations from the time in which they first submitted their plans. This could be as little as one house out of 1,000. Some large developments can see houses built over a period of five or six years, with the regulations changing multiple times throughout that period, without having to adhere to them. Under the new changes this can’t happen – developers have to improve the design specification of buildings as regulation changes take place. This results in a better outcome in terms of the end user, energy efficiency and the reduction of our CO2 output as a nation. 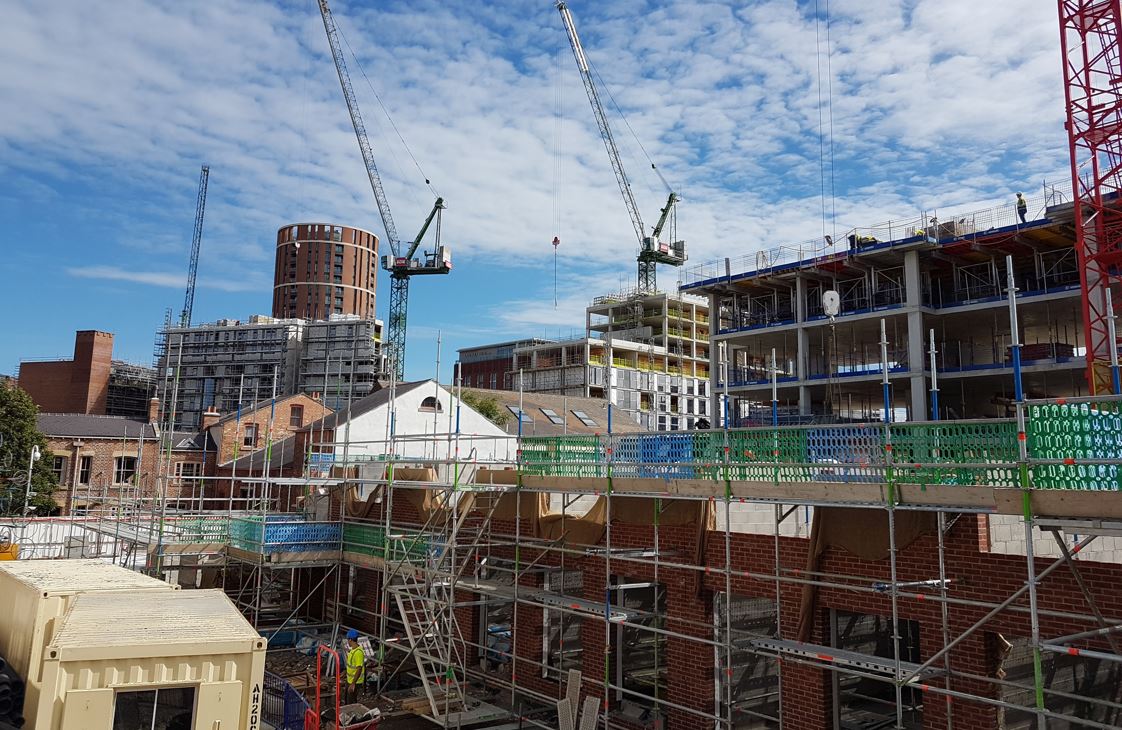 This consultation will not only mean changes to regulations in new builds, but also in terms of refurb and alterations. The construction industry is already extremely familiar with the term, consequential improvements, meaning that if work is being carried out on a building, as a consequence there is an opportunity to improve thermal efficiency. This is going to stay in place, but we will see the requirements become tighter, to mirror those the new builds. This is vital because as fast as we can build buildings, the majority of improvements that can be made are within the existing building stock.

Interestingly, I’ve worked on the changes around Part L since I started my career in Building Control in 2005. Where before we would carry out a purely prescriptive approach – setting out the values for developers to adhere to and providing an energy certificate at the end – it has now evolved into a more performance-based approach – carrying out energy performance calculations which determine the U-values used within a banding criterion. This means there is a threshold that developers can’t go over but can fall under. Based on the original Kyoto agreement, the approach to Part-L has been developed over the last 16 years with the view of decarbonisation and a reduction in energy use. It’s been a steppingstone process since the last meaningful change back in 2013 but now as we move forward, the first step will be to reduce our CO2 output by just over 30%. We expect to see this published in the final document for Part L later this year, before being enforced in 2022.

These changes will impact every type of building, from homes to schools to commercial, each in an equal manner. Over the next 12 to 18 months, housebuilders and developers will begin firming up their plans, looking at their housing stock and pinpointing changes that can be made. We have already seen innovations in offsite constriction as a solution to replace inefficient property stock to reflect the demands of today. And the same goes for refurb work and refitting of existing properties. We are seeing more efficient heating systems, fittings of photovoltaics, solar heating and even shared heating and district heating systems in residential buildings, to offer a more consistent approach to heating supplies. All of these innovative approaches are certain to increase once these changes come into play.

Achieving a reduction in CO2 is reliant on effective fabric efficiency. The Fabric Energy Efficiency Standard (FEES) is in place to reduce the number of housebuilders using offsite or renewable energy to compensate for badly insulated buildings. By first implementing fabric efficiency, house builders can improve the efficiency of anything with a carbon-based output, such as a fossil fuel boiler, be it oil, gas, or any other fossil-based fuel. This two-pronged approach not only ensures buildings are more airtight, but it also creates higher quality builds, as well as alleviating the risk of bad insulation being excused with an efficient boiler and photovoltaics.

For example, installing a heating system that appears, on paper, to be highly efficient in a building with underperforming fabric efficiency, will simply cause that system to work harder than it was originally designed to. This could make it prone to more breakdowns due to trying to heat something that it intrinsically can’t, unable to keep the environment at a stable temperature. What’s more, such heating improvements may not have even been required if changes were made to improve the building fabric instead.

It is crucial to take a holistic view on this, in order to achieve the real benefits, rather than seeing these improvements as compensatory features. This means achieving tighter roofs, walls and other thermal features such as floors. Even windows, which aren’t classed as thermal elements, will be included. There will also be a change in the minimum air tightness, which, for the first time in 13 years, we will see drop to below 10, to five. As we bring in this change, alongside the changes to Part E that happened back 2003, we will now see higher quality buildings, as factors such as air leakage and sound insulation mean that buildings have to be built to a reasonable quality standard.

Changes to the inspection process 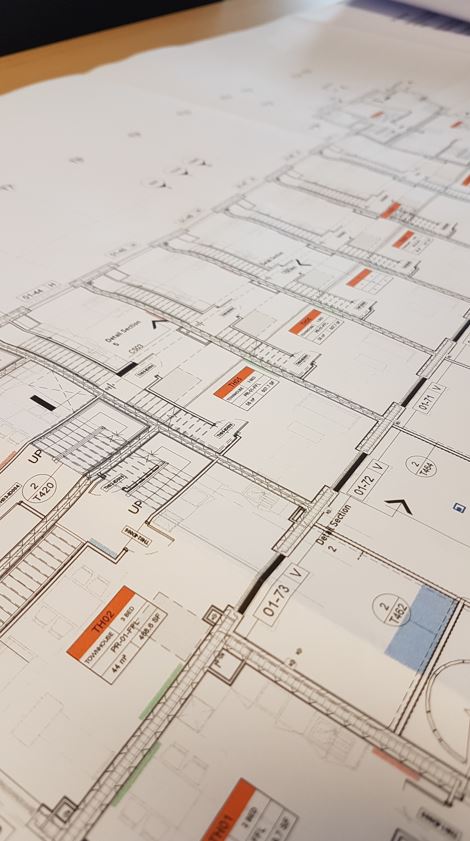 It is clear that these changes will have an impact on the inspection process. When dealing with higher levels of air tightness or thermal efficiency, there is a need for more detailed inspections, including more involvement in the plan checking process. AI’s should be on hand to give developers and specifiers advice on the ideal products and materials from the planning stages, as well as consideration around the impact any alterations or refits may have on existing buildings. With changes such as these, there is always a need for AI’s to share their experience and real life examples of how they have previously achieved certain requirements. In this respect, early engagement is extremely beneficial, particularly when dealing with existing buildings. Builders need to ensure they are communicating with AI’s before they make initial specifications, in order to eliminate any costly or timely assumptions on requirements.

It is clear that there will be challenges that come with the implementation of these changes. Every time there is an increase in the insulation values on an existing building, it has to be physically adjusted either from the outside but most commonly from the inside. This means reducing space within the building because, as the external wall is built up, or floor adjusted, increasing their thickness, it results in a decrease of either the wall height or floor space.

I expect there will also be some financial challenges, as this change comes at a time that the industry is experiencing rising costs of insulation. Bringing these changes in at such a volatile time for the materials market will pose roadblocks to projects that have already been costed or are in the process of being costed. There are, of course, challenges with anything that involves increased cost. But we’ve already seen the government working to counter such costs. In the residential market we’ve seen incentives to improve insulation in homes, through the likes of the Green Deal and others like it, these incentives have helped significantly with putting these changes into motion.

While there are hurdles that lie ahead, the benefits from the Future Homes Standard could quite literally be life changing. It’s clear that these changes will help steer us towards a lower carbon-based economy with lower carbon consumption within the property market. Not only are these changes going to help create more energy efficient buildings, they will also help identify building stock that that may not have capacity for improvement.

A huge benefit will be felt by those living in residential, public sector buildings. Often on lower incomes, these people will be given more predictable and manageable heating in their homes, eliminating the fluctuations that come from how a building reacts to its external environment. By bridging that discontinuity between the summer and winter months, we could begin to see a reduction in fuel poverty numbers. So, this truly goes beyond even reducing carbon output, by potentially having a significant social impact that could save lives of vulnerable, elderly people. If executed effectively, these changes could be the start of eliminating the need for a lot of people having to choose between heating and eating.