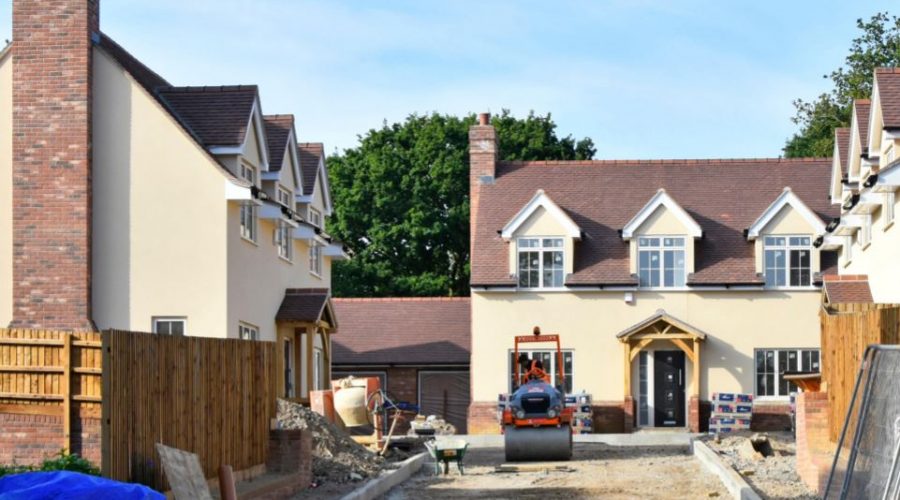 The myth that housing developers are hoarding land after gaining planning consent in order to benefit from a rising market has been debunked in new research by leading planning consultancy Lichfields.

Lichfields was commissioned by the Land Promoters and Developers Federation (LPDF) and the Home Builders Federation (HBF) to undertake research into how the pipeline of sites for housing development compares with what might be needed to meet the government’s ambitions for 300,000 net additional homes per annum across England. 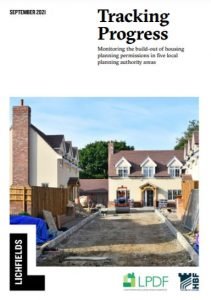 The report – Tracking Progress, the second stage of Lichfields’ research – provides a ‘deep dive’ review of monitoring data to establish what happened to the planning permissions granted in a single base year across five case study local planning authorities (LPAs) over a five-year period.

Central Bedfordshire, London Borough of Wandsworth, Cheshire East, Colchester, and Stratford-on-Avon LPAs were chosen to provide a geographical spread and mix of types of authority area.

The report states: “None of our analysis suggests (at least outside of London) any systemic failure in converting planning permissions to development by the industry.

“The planning and development process is complicated and with risk, the mismatch between planning permissions granted and housing output on a yearly basis is readily explained by the simple matter of the time it takes to progress development through the regulatory stages, the risks associated with small site delivery (and by smaller builders), the overall phasing of build-out on larger sites, and the role of the planning system (via new planning permissions) in facilitating changes to planned development schemes to reflect practical requirements.”

Paul Brocklehurst, chairman of the LPDF, said: “This research highlights the gross over-simplification in the analysis by the Local Government Association frequently quoted in the national press and by many politicians regarding the ‘stock’ of unimplemented consents. Building on Lichfields initial Taking Stock report this latest analysis further highlights the desperate need for there to be an increase in planning consents in the short term if we are to achieve the Government’s target of building 300,000 new homes per annum.

“The Government’s Planning White Paper process has exacerbated the impact of the pandemic on the operation of the planning system causing many LPAs to pause, delay and abandon their Local Plan process. This, combined with the pressures on LPA planning resources, has led to signs that planning consents for new sites suitable for all housebuilders to build on may be declining. Urgent action is needed to ensure that the housebuilding industry, on top of the labour and supply chain challenges that they face, is not confronted in the near term with an inability to restock its land.

“We fully appreciate that the new Secretary of State for Levelling Up, Housing and Communities will want to carefully review the responses to last year’s Planning White Paper proposals before making critical policy decisions. However, we would call on Government to clarify the changes they propose to make to the current planning system quickly, so that local authorities can return to producing their Local Plans, land can be allocated for much needed housing and the development industry can continue to deliver on the Government’s 300,000 per year new homes target. Provided both LPAs and the private sector can respond positively, we are convinced that confidence in the planning system can be restored.

“With that in mind, we would call upon the new Secretary of State, Michael Gove, to consider taking action to improve the effectiveness of the existing system along the lines of the ‘quick-fix’ solutions contained within the LPDF’s Agenda for Action released earlier this summer, all of which can be delivered without recourse to primary legislation. We should all be striving to address the housing emergency that exists in this country to provide the opportunity for all generations to have a place that they can call home. Perhaps then we can say we really are leveling up.”

Tracking Progress adds: “The past 10 years has seen periodic commentary about how the number of planning permissions for housing has exceeded the number of homes built.

“Often drawing upon an annual research piece by the Local Government Association (LGA), the most recent being in May 2021 which purported to show 1.1m homes with unimplemented permission, the commentary has been associated with the allegation that developers ‘hoard’ land with the intention of benefitting from a rising market, generating a ‘backlog’ of permissions waiting to be built.

“This argument leads to the hypothesis that sufficient permissions exist for all the homes that are needed nationally, but that these are simply not being built out and that ‘planning is not the problem’.

“We explored the national and sub-national picture in the first phase of this research entitled Taking Stock. This highlighted logical fallacies involved in the LGA’s method of comparing national permissions and net additions data over the same period, most notably because it double counts schemes that are subject to multiple planning permissions. These fatally undermine the credibility of the 1.1m figure, the robustness of which is not enhanced by its repetition.

Andrew Whitaker, planning director at the HBF said: “This myth that house builders land bank has been dismissed by a growing number of independent reviews. As this latest research demonstrates, aggregating numbers of outstanding planning permissions misses the ‘story’ behind each and every site that comes forward for development.

“Planning system issues remain the biggest barrier to the industry delivering desperately needed homes and the Government’s housing ambitions. Instead of hiding behind the misleading figures produced by the LGA every year, local planning authorities need to abide by the responsibilities placed on them by the planning system. If we are to meet housing targets, Local Authorities must ensure that they prepare up to date local plans, allocate a choice of sites in terms of size and location and grant all types of applications for development, including revisions and amendments, quickly and efficiently.”

The report adds: “When local residents and councillors refer to permissions that have not yet delivered, they are, in many cases, simply observing a lag period for delivery on outline schemes that is entirely to be expected. Even with that, most such schemes deliver early, with the majority of outline permissions in the research either completed or delivering – and a third of the homes on those outline planning permissions completed – within five years.”

Adopting a very broad-brush approach, and informed by the case studies (as opposed to a profiling of all permissions in the country), we conclude that when looking at the number of units granted any type of permission (both full and outline) in a given year, after five years one might expect roughly:

• 3% to 5% of homes granted permission will lapse or stall;

• 10% to 15% of homes granted permission will be superseded at a later date by a fresh permission (and not necessarily harming the pace of delivery);

• 35% to 50% of homes granted permission will have been delivered;

• 35% to 50% of homes granted permission will remain extant but on sites delivering on a phased basis beyond five years.

ABOUT THE LAND PROMOTERS AND DEVELOPERS FEDERATION:

Launched in 2018, The Land Promoters & Developers Federation (LPDF) supports the government policy on housing and planning, preferring a plan-led system that recognises housing needs and supports local authorities in allocating land for development and identifying the need for delivering the key infrastructure required for well-designed new homes and communities.

Land promoters and developers work with local authorities and communities to win local consensus for developments through good design and both on site and off site benefits.  Overwhelmingly, most promoters’ schemes that secure planning consent are approved at a local level, with 94% of units on schemes of over 100 units being approved by councils, not by way of appeal.

The Federation aims to:

• Engage with interested parties including local and national government, housebuilders, charities, local residents and other stakeholders

Find out more about the LPDF at www.lpdf.co.uk

Lichfields, the trading name of Nathaniel Lichfield & Partners Ltd, is the pre-eminent planning and development consultancy in the UK. It has been at the forefront of planning, development and economic consultancy since the company was founded in 1962. It has ofﬁces in Birmingham, Bristol, Cardiff, Edinburgh, Leeds, London, Manchester, Newcastle and Thames Valley.

It was set up in 1962 by highly-decorated town planner Nathaniel Lichfield and is now owned by its staff through an employee benefit trust. It has annual revenues of over £20m and employs over 200 people across its offices. Lichfields was the RTPI Planning Consultancy of the Year, in 2012, 2013 & 2014, making it the first consultancy to achieve this feat. It is one of the largest independent planning consultancies in the UK.

It offers a broad range of planning services including economics, heritage, sustainability, and GIS. Its clients include local authorities and government bodies, as well as developers, landowners and operators in the housing, retail, leisure, commercial, waste and recycling and infrastructure sectors.